If the Ocean Continues to Warm, Fish May No Longer Be on the Menu

It's mostly because climate change stops the oceans from mixing. 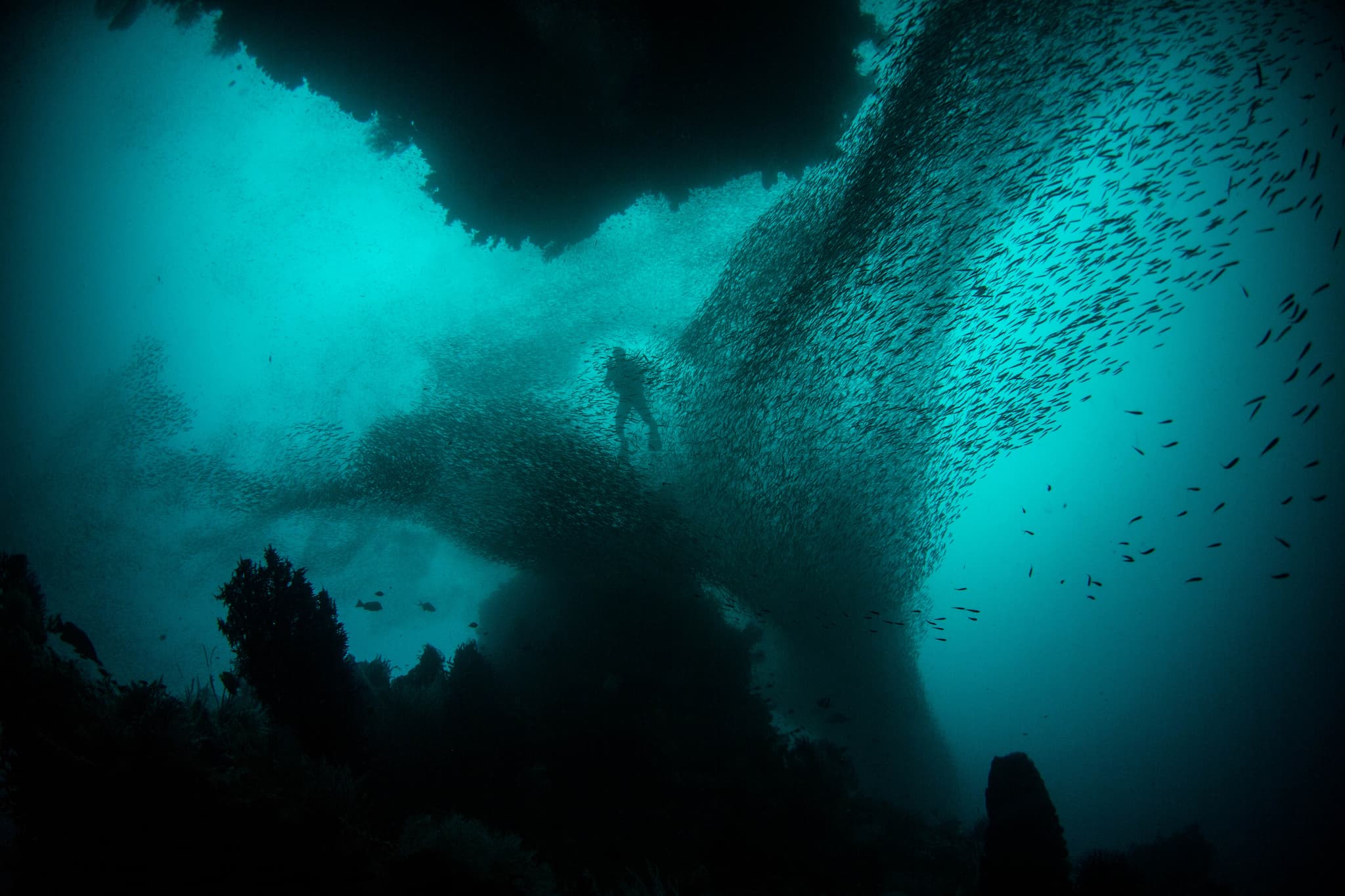 Circling Antarctica at the bottom of our planet, the Southern Ocean probably seems a world away to anyone living far from its frigid waters. But as it turns out, this polar ocean has a strong influence on the global climate and worldwide ocean health. New research suggests that if this ocean continues to  suck up carbon dioxide (and get warmer thanks to climate change), we could see a domino effect in marine ecosystems, with fisheries around the world seeing at least a 20 percent decline by the year 2300.

Scientists at the University of California, Irvine used simulations to project what impacts climate change would have on the world's oceans over the next few centuries, further out than climate change impacts are normally examined. Rather than looking at the usual cutoff of 2100, the team examined global warming feedback that may emerge more slowly, over the course of the next 300 years.

Presently, the Southern Ocean drives ocean mixing; its active Antarctic and sub-Antarctic waters transport nutrients across the globe. But these simulations showed that — if current emissions levels stay the same — by 2300, westerly winds will grow stronger and shift towards the poles to limit this mixing.

The resulting change will make polar waters much warmer, dissolve sea ice, and most significantly, trap nutrients in the Southern Ocean.

The researchers, who published their study in the journal Science, found that cutting off this nutrient cycle had a significant impact on global ocean health: decreasing primary production, the activity by marine plants on the first level of the food chain, by 24 percent. What's more, it decreases how much particulate carbon the deep sea stored by 41 percent.

Since these processes form the base of ocean ecosystems, it's not surprising the outcome is oceans with, well, a lot less food for fish to eat. Less for fish to eat means ultimately less fish.

The study predicts that the North Atlantic, western Pacific and southern Indian Oceans will feel these effects the worst, with North Atlantic fisheries seeing a whopping 60 percent drop.

An ocean with fewer fish doesn't just mean less to look at on your next snorkeling trip. Already, the Food and Agriculture Organization (FAO) estimates that the fishing industry supports the livelihoods of 10 to 12 percent of the world's population, and that almost 17 percent of the globe relies on fish as their primary source of protein.

Climate change is already had a serious impact on global food production — from making food less nutritious to messing with the growing season of plants, to even pushing some crop species towards extinction. On top of that, the world's oceans are already stressed by overfishing, with over 70 percent of the world's fish stocks fully exploited, over-exploited, or depleted.

The combination of overuse and climate change could prove deadly for global food security. And by the time 2300 rolls around, it will be too late to mitigate the impact of human activity on our food sources, both those on land and those under the sea.