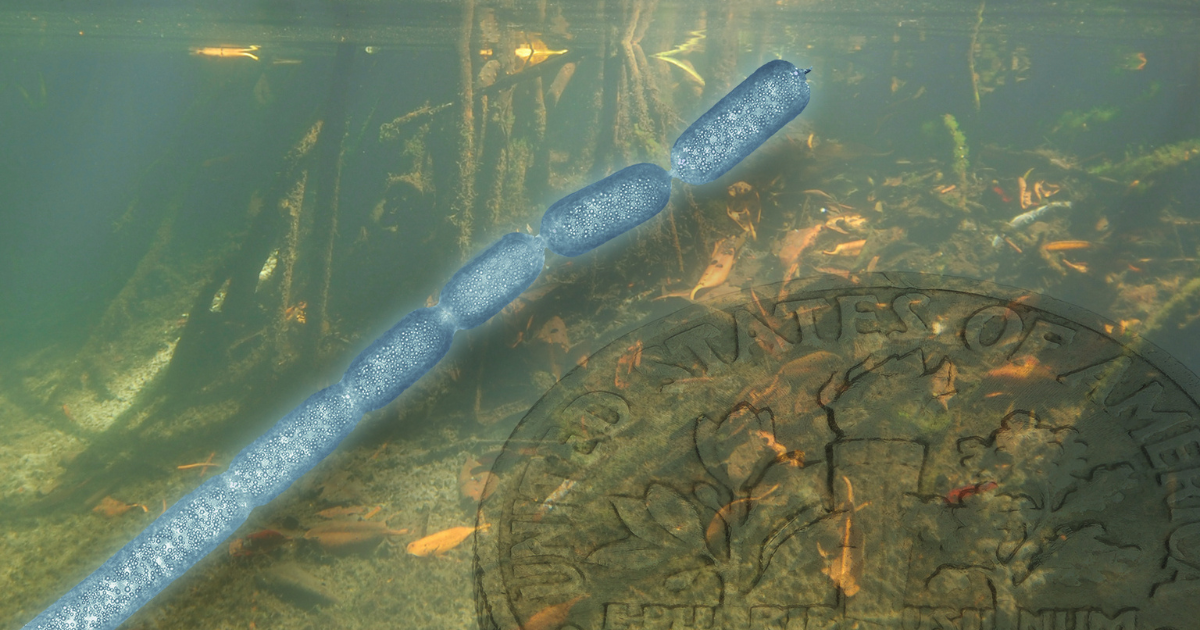 "It would be like a human as tall as Mount Everest."

"It would be like a human as tall as Mount Everest."

A single bacterium at least two orders of magnitude larger than the theoretical limit scientists thought possible has been found swimming around in the French Caribbean archipelago of Guadeloupe. It's the biggest ever discovered.

"It’s 5,000 times bigger than most bacteria," Jean-Marie Volland, a scientist at Lawrence Berkeley National Laboratory, said in a statement. "To put it into context, it would be like a human encountering another human as tall as Mount Everest."

A group of researchers from multiple universities reported their findings on the giant cell in the journal Science yesterday. The white, centimeter-long bacteria resemble the shape and size of a human eyelash and are visible to the naked human eye. They were initially discovered in 2009 in a watery mangrove swamp.

The discovery has shaken the scientific world a little, judging by the headlines industry sites are running about the bugger.

Science pub Genetic Engineering and Biotech News pointed out that the bacterium has organelles — which, if you do a quick Google, is still supposed to be impossible according to none other than Berkeley itself.

If you've made it to 2022 you're probably wondering what, exactly, a giant bacterium means for humanity. While scientists didn't mention whether the new organism is dangerous, they're going to keep studying it further. Not all prokaryotes are harmful to humans, and some are even beneficial. Plus, big bacteria are allegedly easier to kill if need be.

Everybody stay calm — we'll keep our eyes peeled for more.

Microbial Armor Could Protect Dying Coral Reefs
3. 15. 18
Read More
Scientists Have Officially Entered the Weird World of Bacteria-Powered Batteries
12. 22. 16
Read More
His Power
Scientists Develop Compound That Kills So Efficiently They Named It After Keanu Reeves
Yesterday
Read More
+Social+Newsletter
TopicsAbout UsContact Us
Copyright ©, Camden Media Inc All Rights Reserved. See our User Agreement, Privacy Policy and Data Use Policy. The material on this site may not be reproduced, distributed, transmitted, cached or otherwise used, except with prior written permission of Futurism. Articles may contain affiliate links which enable us to share in the revenue of any purchases made.
Fonts by Typekit and Monotype.