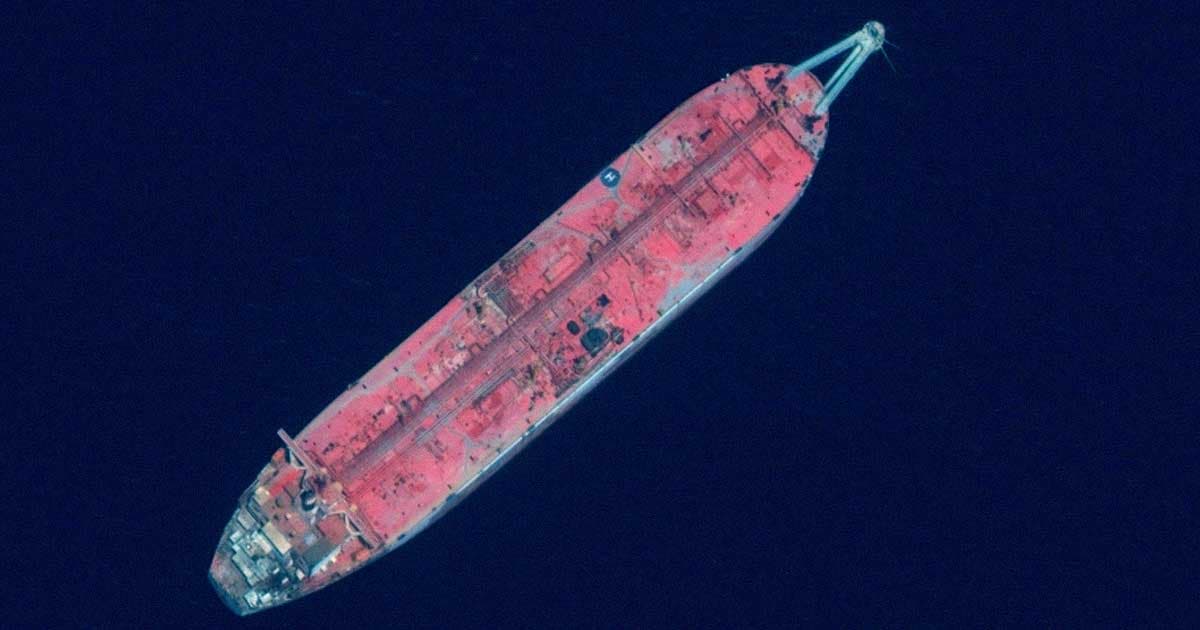 In some of the week's worst environmental news, a stranded oil tanker off the coast of Yemen could make the 1989 Exxon Valdez oil spill "look like a beach party," according to a Bloomberg op-ed published yesterday.

The tanker holds 1.1 million barrels of oil and is pretty much a done-in rust bucket doing its best to stay afloat. In May, Al Jazeera reported that the tanker's "structural integrity is on the verge of collapse" and that disaster is only a matter of time. When it spills or blows, Bloomberg says international trade could be halted for weeks.

Most of the international efforts to help Yemen during its bloody civil war have understandably been directed at reducing loss of life, but a two-month truce between opposing sides has opened a small window for the United Nations to address the time bomb that is the FSO Safer.

Bloomberg says the UN has estimated that a Red Sea cleanup would cost around $20 billion, but preventative measures are far less costly. An emergency operation to offload the oil might cost $80 million, with an additional $64 million to replace the ship.

Right now, though, fundraising efforts are short by about $20 million, with the UN even reportedly using crowdfunding the close the gap.

There's no beating around the bush — this sounds like a total global disaster both environmentally and economically.

Hopefully somebody in charge does something, because neither human nor environmental systems can tolerate much more disaster right now.

More on worrisome trends: Scientists Say "No Need to Panic" As Sunspot Pointed at Earth Doubles In Size Again