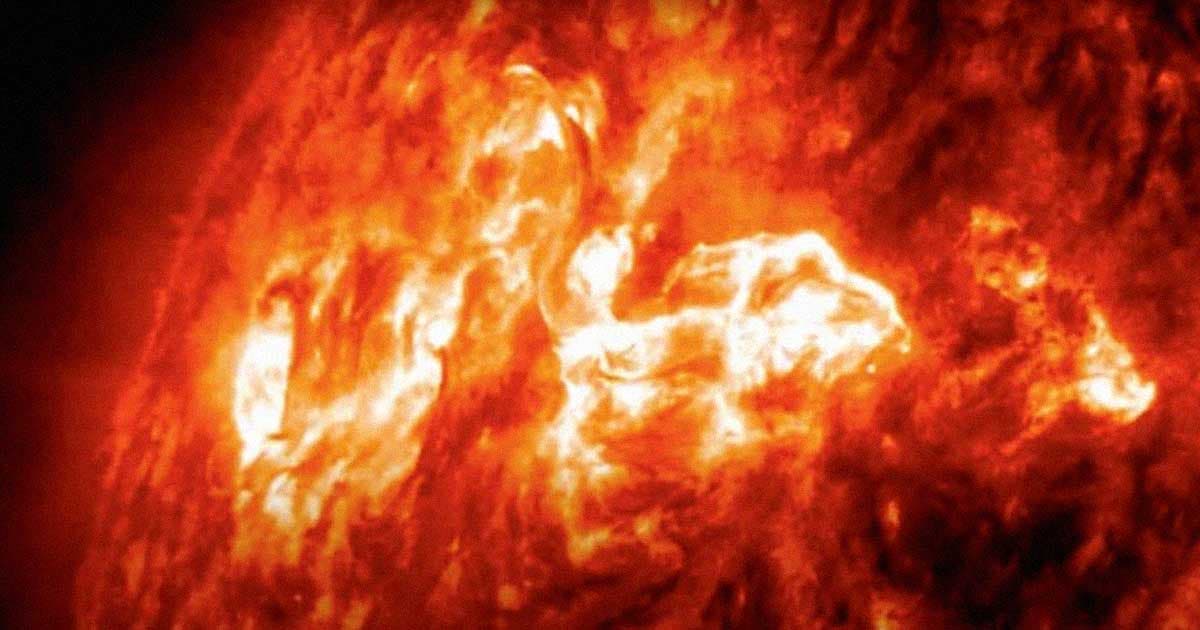 "This is what sunspots do."

"This is what sunspots do."

It's absolutely nothing out of the ordinary, scientists say. Sunspots form when magnetic activity on the surface stop heat from reaching the surface. They generally grow over time and decay.

But they've also been associated with a higher chance of solar flares, eruptions of electromagnetic radiation that can reach the Earth's atmosphere and mess with short-wave radio signals, satellite communications and even the power grid.

The latest spot has doubled in size each day for the last three days, swelling to roughly 2.5 times the size of Earth — which is tiny, of course, considering you'd need 1.3 million Earths to match the volume of the Sun.

Fortunately, despite its size, it "does not have the complexity for the largest flares." Alex Young, associate director for science at NASA's Goddard Space Flight Center, told USA Today.

In fact, experts anticipated the spot would grow.

"This is what sunspots do," Rob Steenburgh, acting lead of the National Oceanic and Atmospheric Administration's Space Weather Forecast Office, told the newspaper. "Over time, generally, they'll grow. They go through stages, and then they decay."

Despite the reassurances, solar flares can have real consequences, particularly on manmade objects in orbit. In February, M-class flares were able to cause a geomagnetic storm, wreaking havoc with 49 SpaceX Starlink satellites that had just been launched.

As of today, the flare has released two C-flares, with X-class being the largest, followed by M, C, B, and A, in descending order. Last month, NASA was able to capture images of this year's first observed X-class flares, which were far more powerful.

More solar activity is expected as the Sun's current 11-year solar cycle, which kicked off in December 2019, approaches its most active stage in the middle of this decade.

But that doesn't mean we "need to lose sleep over it," as Muñoz-Jaramillo put it — unless, of course, you want to catch the gorgeously bright auroras caused by the increased solar activity.

Researchers Have Found Evidence of Cracking in the Magnetosphere
11. 6. 16
Read More
Wolfenstein
A Brain Parasite Is Making Wolves Into Pack Leaders, Scientists Say
Yesterday
Read More
trolling-999plus
Another Crypto Exchange Is Laying Off 1,100 Employees
Yesterday
Read More
+Social+Newsletter
TopicsAbout UsContact Us
Copyright ©, Camden Media Inc All Rights Reserved. See our User Agreement, Privacy Policy and Data Use Policy. The material on this site may not be reproduced, distributed, transmitted, cached or otherwise used, except with prior written permission of Futurism. Articles may contain affiliate links which enable us to share in the revenue of any purchases made.
Fonts by Typekit and Monotype.