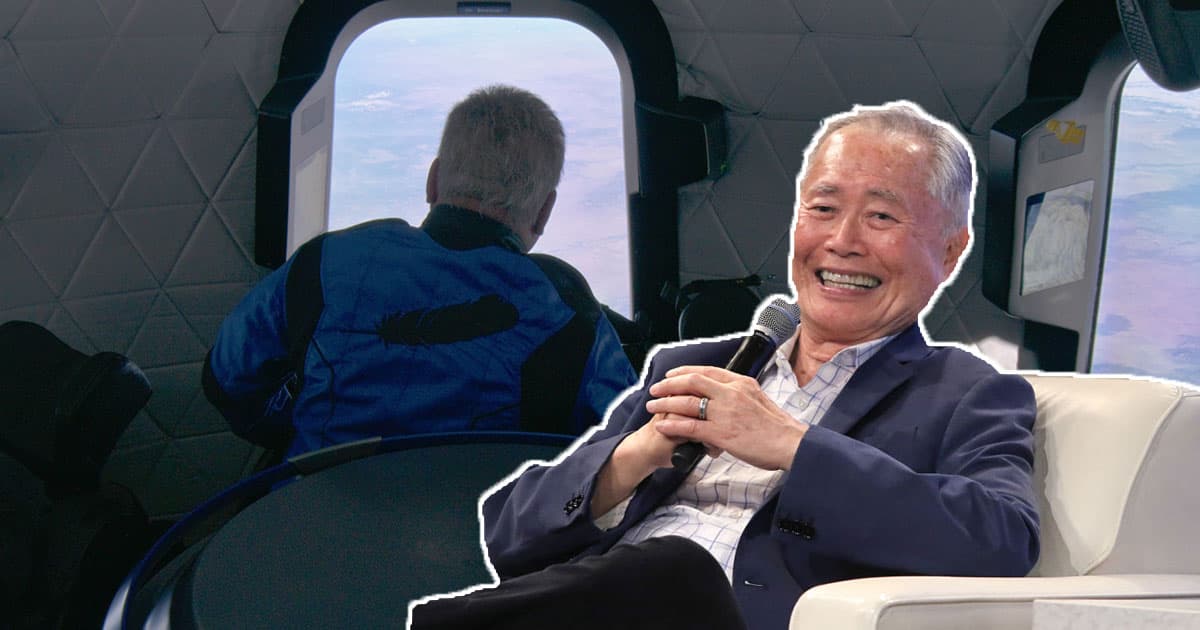 Beef for the Ages

"I’ve also been in zero gravity but I did it for longer."

"I’ve also been in zero gravity but I did it for longer."

"Star Trek" actor George Takei has aimed his sights at former co-star and James Kirk actor William Shatner yet again, telling UK tabloid The Mirror that the latter elder television star did not in fact go into outer space.

It's true that Shatner rode Blue Origin's New Shepard rocket to an altitude of 66.5 miles back in 2021, which is technically above the Karman line, the arbitrarily chosen boundary between the Earth's atmosphere and space — but hundreds of miles short of being able to achieve a stable orbit.

In other words, it was a simple joyride to the farthest reaches of our planet's stratosphere where one can easily see the curvature of the Earth and the blackness of space. A long shot from the kind of space travel being done by actual astronauts, in other words, but great fodder for a potshot from a longtime rival.

"Well, he wasn’t really in outer space and it wasn’t for very long," Takei told The Mirror.

Takei and Shatner's beef goes back decades. The two have repeatedly butted heads over the years, with Takei calling Shatner a "cantankerous old man" and an "egocentric, self-involved prima donna."

In 2021, Takei also took a swipe at Shatner for his rocket ride.

"So 90-years-old is going to show a great deal more on the wear and tear on the human body, so he’ll be a good specimen to study," he joked in another tabloid interview at the time. "He’s boldly going where other people have gone before."

In his latest remarks, though, Takei may have a point. Plenty of critics have argued that Jeff Bezos' space venture doesn't exactly amount to spacefaring — and the same goes for Virgin Galactic's competing spaceplane service as well.

Shatner experienced weightlessness for several minutes as the company's rocket plummeted back to the ground, something that can be simulated inside "vomit comet" airplanes that fly in parabolic maneuvers to allow passengers to experience weightlessness.

In short, Blue Origin's capsule has yet to come even close to actual orbit — an exciting rollercoaster ride for the few who can afford a ticket, but not much more.