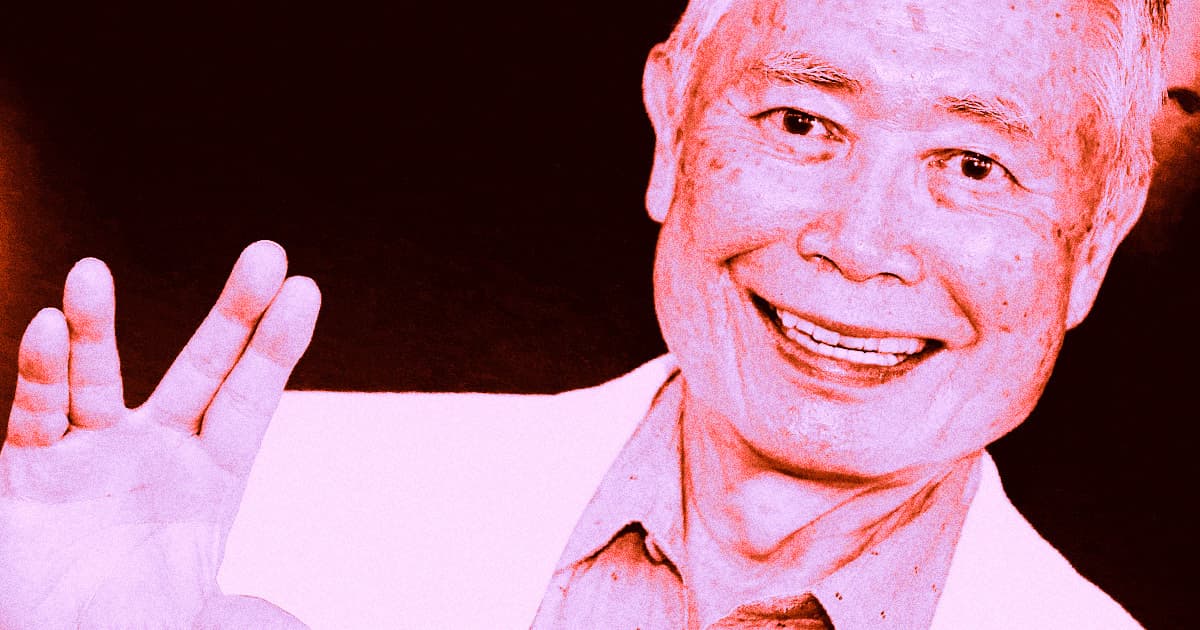 "That red pill rabbit hole is no joke."

"That red pill rabbit hole is no joke."

No one — we repeat: no one — had a busier weekend than Elon Musk and his ever-feverish thumbs. Between getting booed off the stage during a Dave Chapelle show and still helming multiple companies, the Twitter CEO is still making plenty of time to mock the trans community, exacerbate COVID-denialism, and call for the prosecution of former US Medical Chief Anthony Fauci — all in one unfortunate, sneering, five-word tweet.

"My pronouns," Musk wrote, "are Prosecute/Fauci."

This remark, among several other alarmingly regressive outbursts, pissed off a number of prominent netizens. Notable among them? None other than beloved Star Trek alum George Takei, who handily — and eloquently — eviscerated Musk's recent dive into far-right conspiracies.

"That red pill rabbit hole is no joke," Takei wrote in is own tweet, published a few hours after Musk's. "Watching what should have been a much smarter man go down it, while unraveling before us in real time, is both startling and disturbing."

Indeed, to Takei's point, Musk's spiral into far-right activism has been sudden and severe — not to mention troubling, given Musk's influence and financial power, and disappointing, given his wild success in the domain of electric cars and rockets.

After a slow-burn flirtation with far-right conspiracies over the past few weeks — falsely tweeting, for example, that a brutal attack on former House Speaker Nancy Pelosi's husband was staged, or casually engaging with noted holocaust deniers who have literally called women's suffrage a "cancer" — went all in by both tweeting and favoriting posts not only on Fauci's alleged criminality but the perceived "woke mind virus," "activist employees,"  and "smug, irritating, self-righteous ultra-woke people."

"The woke mind virus is either defeated," he tweeted, "or nothing else matters."

Sadly, Musk's busy weekend is likely just a preview of what's to come. Do we all have to agree? Certainly not. The world's richest man, however, is clearly disenchanted with something, and he's reacting with conspiracies, anti-trans vitriol, and more hate. And as Takei so perfectly noted, we all expected just a little bit more.