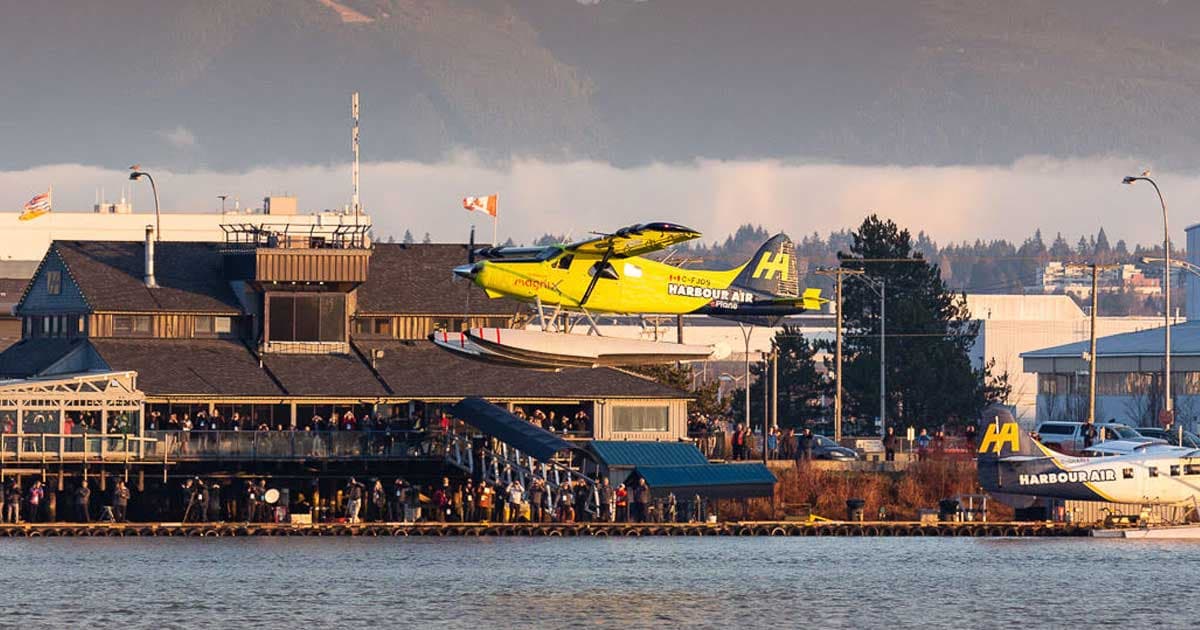 "This proves that commercial aviation in all-electric form can work."

"This proves that commercial aviation in all-electric form can work."

For the first time, a commercial aircraft powered entirely by electricity successfully completed a test flight.

The plane, a joint project between engineering firm magniX and charter airline Harbour Air, took off from Vancouver and flew 15 uninterrupted minutes, according to The Guardian. There's still plenty of work to be done extending the range of electric aircraft, but this is a promising glimpse into the future of environmentally-friendly transportation.

Even a short-range electric plane would work well for Harbour Air, which shuttles tourists to nearby islands and other local landings on a fleet of low-capacity seaplanes. By electrifying its fleet, The Guardian reports, the company expects to save millions of dollars in fuel and upkeep.

"This proves that commercial aviation in all-electric form can work," magniX CEO Roei Ganzarski told The Guardian. "This signifies the start of the electric aviation age."

The successful test flight has been a long time coming — engineers spent years working out the kinks of zero-emission air travel. This summer, Norway's state-owned aviation company Avinor tested a plane that crashed in a lake (but wouldn't disclose if the plane's battery-powered system was responsible).

Before this test, Ottawa transport minister Marc Garneau told The Guardian he had his "fingers crossed that the electric plane will work well."

"It could set a trend for more environmentally friendly flying," he added.

More on air travel: We've Never Been This Close to Making Electric Flight a Reality

Charged Up
Startup Says Amazing New Battery Lets EVs Drive 400 Miles, Recharge in 15 Minutes
6. 22. 22
Read More
Top It Off
Startup Says Solar-Powered Electric Car Never Needs to Charge
12. 7. 20
Read More
Empty Seat
Waymo Ditches Human Safety Drivers in Its Self-Driving Taxis
10. 9. 20
Read More
+Social+Newsletter
TopicsAbout UsContact Us
Copyright ©, Camden Media Inc All Rights Reserved. See our User Agreement, Privacy Policy and Data Use Policy. The material on this site may not be reproduced, distributed, transmitted, cached or otherwise used, except with prior written permission of Futurism. Articles may contain affiliate links which enable us to share in the revenue of any purchases made.
Fonts by Typekit and Monotype.