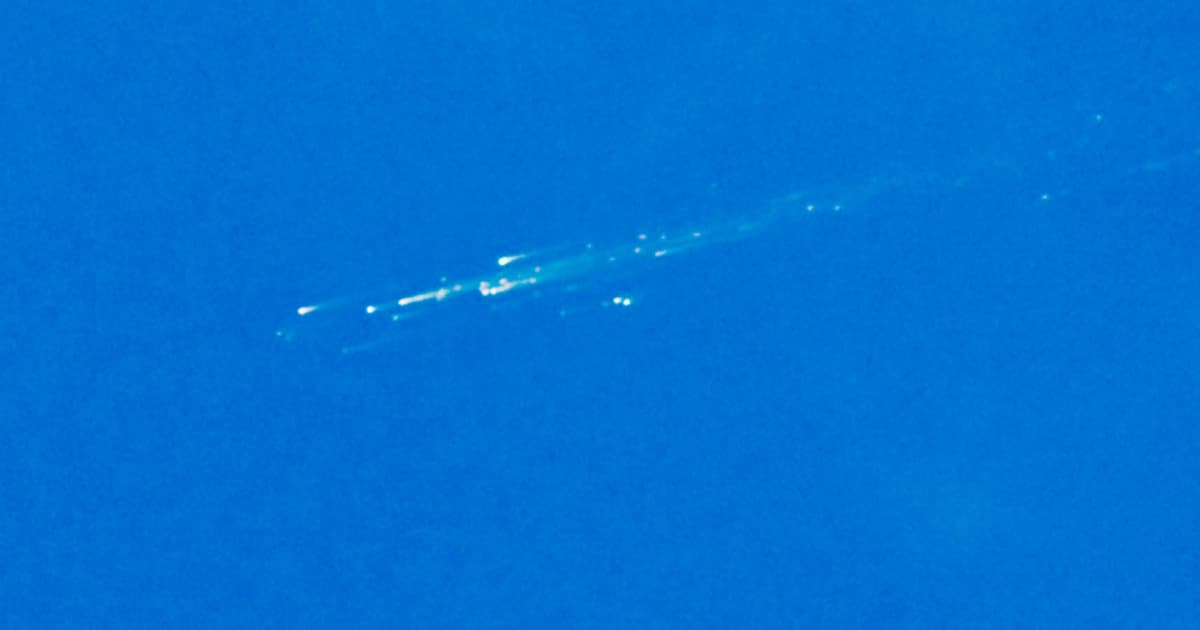 It breaks apart in a fiery streak across the sky.

It breaks apart in a fiery streak across the sky.

A NASA satellite that launched in 1964 — over half a century ago — just burned up as it reentered the Earth’s atmosphere.

The dramatic event over the skies of Tahiti and the Cook Islands was caught in a visually striking video by a member of a Facebook community of airplane spotters, as reported by CNET.

The satellite, dubbed OGO-1, was part of NASA’s Orbiting Geophysical Observatories project, a mission that ended in 1971. Since then, it’s been circling the Earth as one of countless bits of space junk.

The ancient satellite was sent into orbit to study the Earth’s magnetosphere, the region around our planet that’s affected by Earth’s magnetic field. It was operational until 1969, when it was put into standby mode.

A NASA statement last week noted that University of Arizona’s Catalina Sky Survey first spotted a tiny object on August 25, which appeared to be on an “impact trajectory” with Earth.

The University of Hawaii’s Asteroid Terrestrial-impact Last Alert System (ATLAS) then had a closer look and confirmed it was in fact OGO-1.

OGO-1 was one of five spacecraft in its cohort, but the last to have its orbit decayed enough to be recaptured by the Earth’s atmosphere.

More on reentry: A Massive Chinese Rocket Is Plummeting Out of the Sky