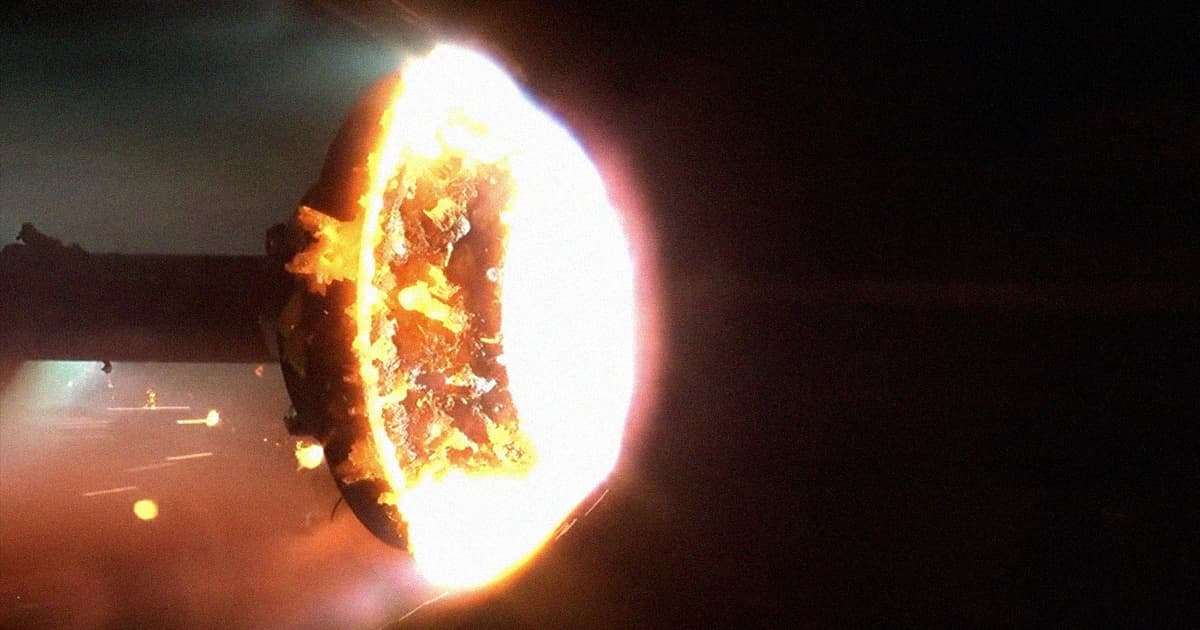 Watch What Happens When a Satellite Burns Up in Earth's Atmosphere

Scientists at the German Aerospace Center (DLR) simulated what happens when a satellite burns up in the Earth's atmosphere.

Inside a special test chamber called the LK3 plasma wind tunnel in Germany, scientists observed what would happen when a Solar Array Drive Mechanism (SADM), the bulkiest part of a satellite tasked with keeping its solar panels pointed at the Sun, burns up during reentry.

Temperatures of the gas being blasted through the inside of the tunnel at several miles per second can reach up to 7,000 Kelvin, or over 12,000 degrees Fahrenheit — enough to burn up the satellite in an amazing lightshow.

Thanks to the part's considerable bulk, it's at the highest risk of turning into a potentially dangerous piece of space junk, forever lost in Earth's orbit.

Any efforts to minimize the amount of junk ending up in orbit are more important than ever, as private companies plan to populate the night sky with constellations made up of tens of thousands of satellites. Designing satellites to burn up in the atmosphere upon retirement is our best bet at ensuring nothing's left behind.

Thanks to the DLR's research, scientists have a pretty good idea on how to fine tune a satellite's "demisability." For instance, the melting SADM showed that switching to a lower melting point aluminum could "promote an earlier, higher-altitude breakup," according to a press blurb about the experiment.