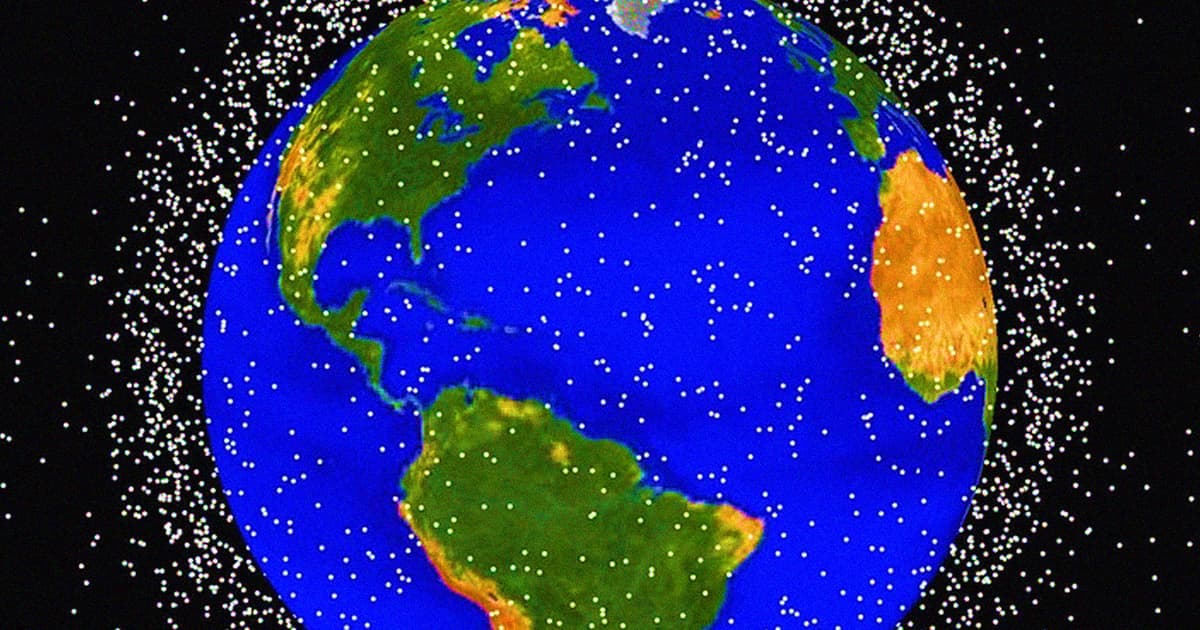 Climate change may be making our space junk problem even worse.

According to a recently presented preprint paper, rising carbon dioxide levels in our planet's upper atmosphere are causing its density to drop.

That lower density means that space junk designed to burn up in the denser lower atmosphere may experience less of a pull, The New York Times reports, which would have otherwise ensured it burns up.

And that could make the space junk issue even worse — scientists are already tracking thousands of pieces of orbital debris in Earth's orbit.

"The numbers took us by surprise," Hugh Lewis, a space debris expert from the University of Southampton in England, who co-authored the study, told NYT. "There is genuine cause for alarm."

According to the NYT, more than 2,500 objects larger than four inches are orbiting our planet below 250 miles. If fewer items were to be dragged into the lower atmosphere over the next 40 years, the problem could grow 50 fold.

The effects of a less dense upper atmosphere are still not entirely understood and experts are saying that more research is needed until we can get a better idea of how big the problem is — or how big it will get in the future.

But the problem could soon be exacerbated by the likes of SpaceX and Amazon, which are planning to build out extensive constellations made up of thousands of satellites to beam down broadband internet.

SpaceX recently asked the Federal Communications Commission to lower the altitude of almost 3,000 of its Starlink satellites to make sure any dead satellites make a successful reentry.

But even that may not be enough with rising levels of carbon dioxide.

"If SpaceX’s spacecraft re-enter passively in 10 or 15 years, would you argue that’s good enough?" Lewis asked the NYT. "Given the fact that it’s a large constellation, lots of people would say probably not."