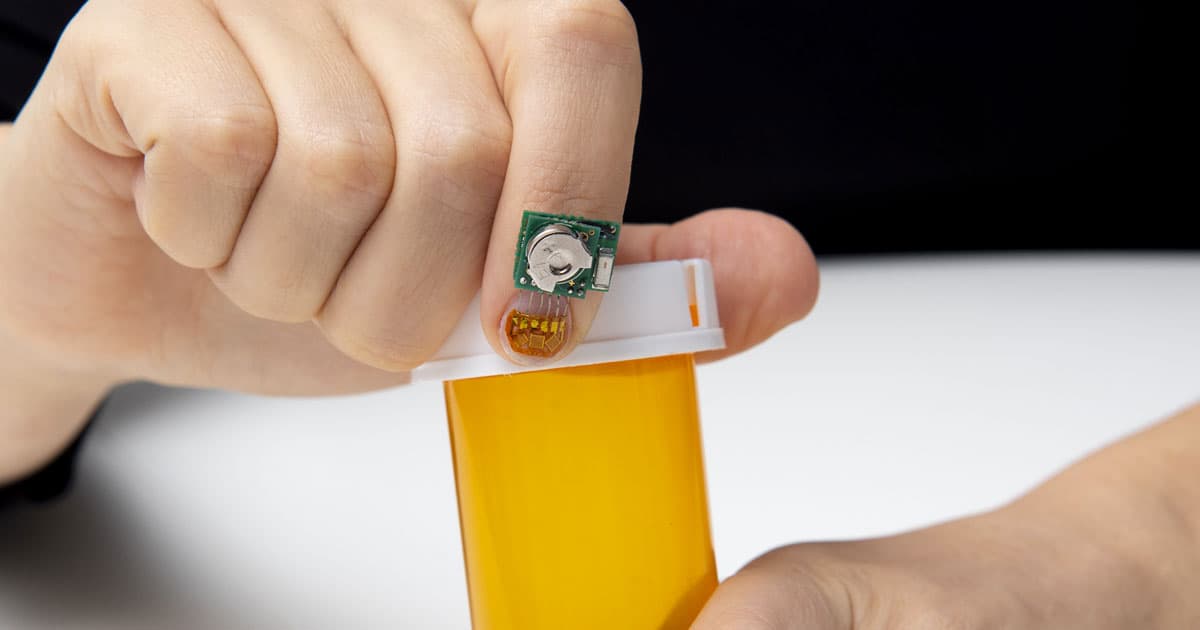 Scientists have found that the strength of a person's grip can reveal important details about their health. Research shows that links exist between grip strength and medication effectiveness, cognitive function, cardiovascular health, and even mortality.

Unfortunately, finding an effective way to monitor grip strength has thus far proven difficult — but that might change thanks to a super-sensitive wireless sensor you wear on your fingernail.

This fingernail sensor is the work of a team from IBM Research, which published a paper on the sensor's creation in the journal Scientific Reports on Friday.

According to an IBM blog post, skin-worn sensors can capture data on grip strength, but because older people — the population most likely to benefit from this grip monitoring — often have fragile, brittle skin, those sensors can sometimes do more harm than good, causing health issues such as infection.

Fingernails, however, are far tougher, so the IBM team set out to see if they could generate useful data from a sensor worn on a person's nail.

IBM learned that fingernails bend and move in predictable ways depending on hand motion — the deformation caused by gripping, for example, is different from that caused by flexing the fingers — but the deformation is infinitesimal. In fact, the bend is about as pronounced as the diameter of a single red blood cell.

However, the IBM team could detect these tiny deformations in the nail using a type of sensor called a strain gauge, which they used to create a system that communicates readings from a fingernail to a smart watch. The watch, in turn, used machine learning to analyze the deformations.

For their study, the researchers used the system to effectively rate symptoms of Parkinson’s disease, including tremors and slowed movement. Such information could be valuable to a doctor monitoring the progress of a patient testing a new treatment or medication, meaning this first-of-its-kind fingernail sensor could have an immediate real-world application.

More on fingernail tech: A New App Can Detect a Blood Disorder From a Photo of Your Nails

Replacing Cells in the Human Brain Could Bring an End to Parkinson’s Disease
11. 9. 17
Read More
New Study Finds Parkinson's is Partly an Autoimmune Disease
6. 23. 17
Read More
Brain Cells From Pigs Implanted Into Human Brains to Treat Parkinson's
6. 13. 17
Read More
+Social+Newsletter
TopicsAbout UsContact Us
Copyright ©, Camden Media Inc All Rights Reserved. See our User Agreement, Privacy Policy and Data Use Policy. The material on this site may not be reproduced, distributed, transmitted, cached or otherwise used, except with prior written permission of Futurism. Articles may contain affiliate links which enable us to share in the revenue of any purchases made.
Fonts by Typekit and Monotype.