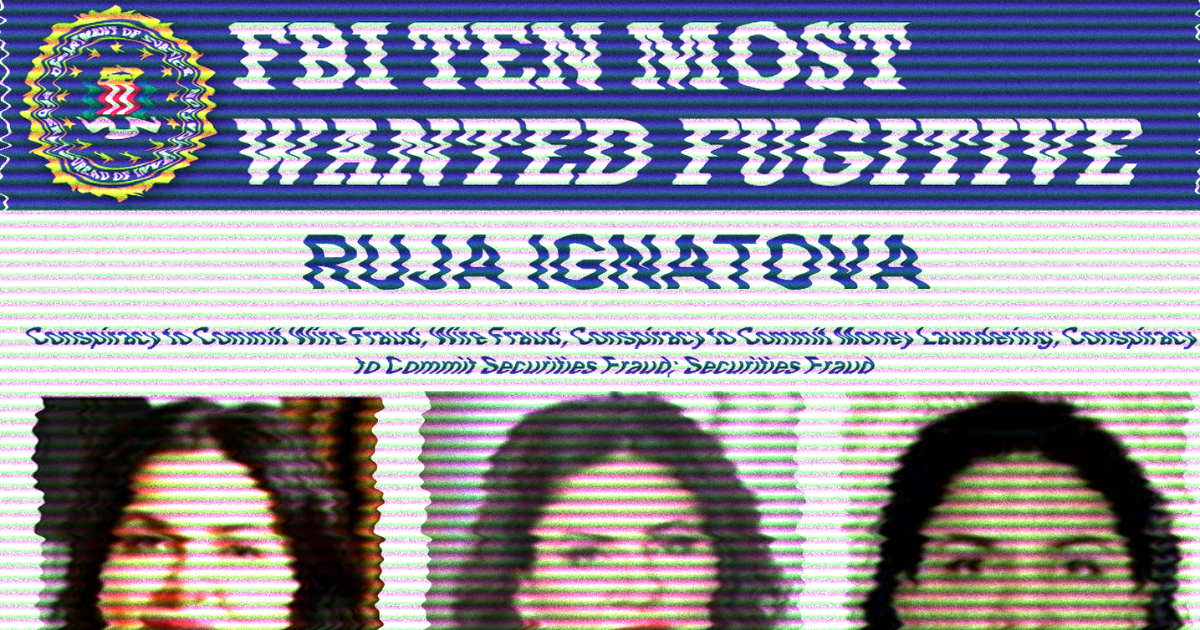 She might have gotten plastic surgery as a disguise.

She might have gotten plastic surgery as a disguise.

The second-most wanted person in the US right now is a Ponzi scheme legend known as the Cryptoqueen.

The FBI added Ruja Ignatova's name to its ten most-wanted list on Thursday and said she's probably traveling with armed guards and may have even gotten plastic surgery as a disguise. They're offering up to $100,000 in cold hard cash for information leading to her arrest.

Yesterday, the Washington Post reported that the Bulgarian founder of OneCoin found herself a fugitive because she operated a $4 billion pyramid scheme. Pyramid schemes and multi-level-marketing companies are essentially the same and require investors to acquire "downlines" or investors they "mentor" in return for a fat percentage of said downline's profit.

More than 3 million people were reportedly fooled by the OneCoin scam.

As sad and frustrating as it is to know so many individuals got fleeced by the Cryptoqueen, it's also not super surprising.

Crypto markets and the blockchain have been on a roller coaster for months, and the market got so bad it even caused a spike in suicidal ideations. Thousands of investors suffered losses and even more have been victims of NFT fraud and theft — there's no shortage of bad crypto headlines.

It's hard to express just how irrevocable the universal law of "fuck around and find out" is. It's cruel fate that unless the FBI catches Ignatova, the only people doing the finding out will be her victims.

More on bad news: Sorry Folks, That Photo of Doom Running On A McDonald's Kiosk Is Fake