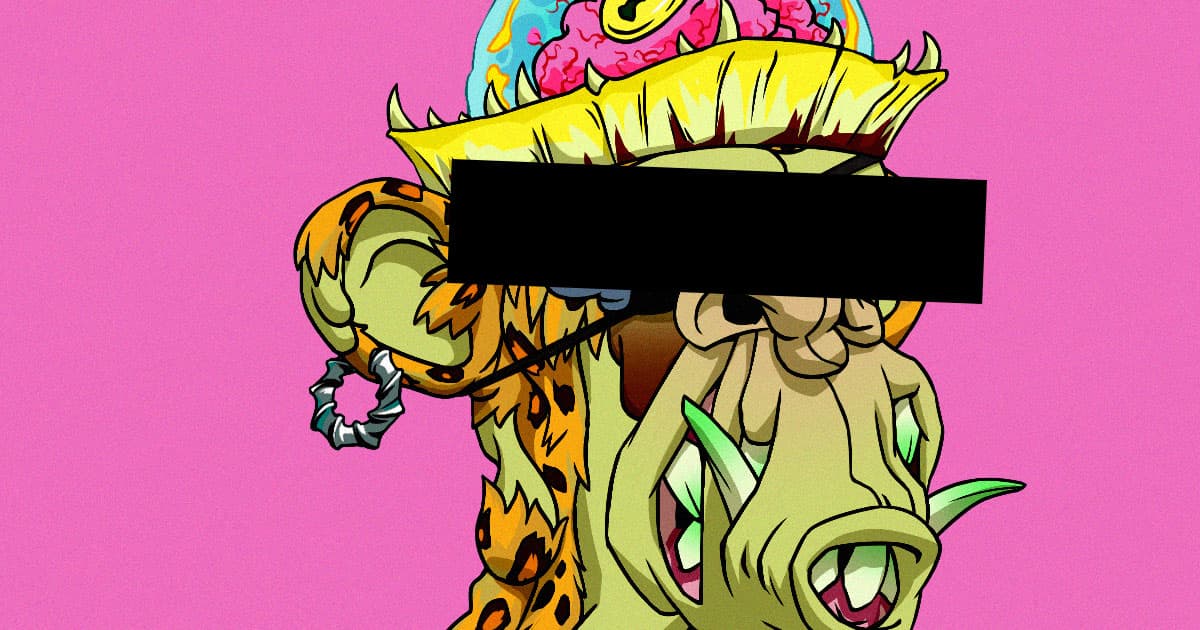 "OpenSea drowned us and we’ve lost everything."

"OpenSea drowned us and we’ve lost everything."

Yet another massive number of high-value NFTs, including many Bored Ape Yacht Club tokens, were swindled from their owners last week — giving more schadenfreude fuel to anyone turned off by the blockchain trend.

The trouble began when users discovered a glitch with the OpenSea marketplace that allowed them to purchase NFTs for well below their actual asking price and resell them for massive profits, Blockworks reports.

"The exploit appears to originate from the ability to re-list an NFT at a new price, without canceling the previous listing," blockchain analytics firm Elliptic said in a report. "Those previous listings are now being used to purchase NFTs at prices specified at some point in the past — which is often well below current market prices."

Most of the victims of the theft appear to have been holders of Bored Ape and Mutant Ape Yacht Club tokens. One thief purchased an Ape NFT for $10,600 and later sold it for $34,800 — turning a profit of more than $24,000.

At least three hackers made more than $1 million off the digital assets as of January 24.

"OpenSea drowned us and we’ve lost everything," one victim told the Blockworks. "The floor price of Apes is rising everyday, which makes us more concerned and worried about not being able to buy them back."

In response, OpenSea is attempting to issue refunds to impacted users. A spokesperson for the platform told the website that they have refunded 130 wallets for 750 ether or roughly $2 million as of Monday.

Hilariously, the platform insists that the issue is neither a bug or an exploit. Instead, OpenSeas says that the exploit was an issue with the user interface that allows users to practically steal NFTs — which, to be fair, sounds an awful lot like a bug or exploit.

This situation is yet another instance of NFT theft — and an addition to a rising trend of crypto crime. Of course, this is just part and parcel of dealing with a decentralized and digital financial system. Alas, if only there were an authoritative regulatory body that can prevent such things from happening. Oh well.

More on NFT theft: Hackers Steal $2.2 Million Worth of NFTs from Art Collector

Bad Cops
Cops Allegedly Used a Sexual Assault Survivor's DNA to Arrest Her for Property Crime
Feb 15
Read More
Tim Apple
Apple CEO Menaced by Armed Stalker Who Thinks She's His Wife
Jan 26
Read More
Gassy Girl Boss
Reality TV Star Stops Selling Her Farts in Jars to Sell Fart NFTs Instead
Jan 5
Read More
+Social+Newsletter
TopicsAbout UsContact Us
Copyright ©, Camden Media Inc All Rights Reserved. See our User Agreement, Privacy Policy and Data Use Policy. The material on this site may not be reproduced, distributed, transmitted, cached or otherwise used, except with prior written permission of Futurism. Articles may contain affiliate links which enable us to share in the revenue of any purchases made.
Fonts by Typekit and Monotype.