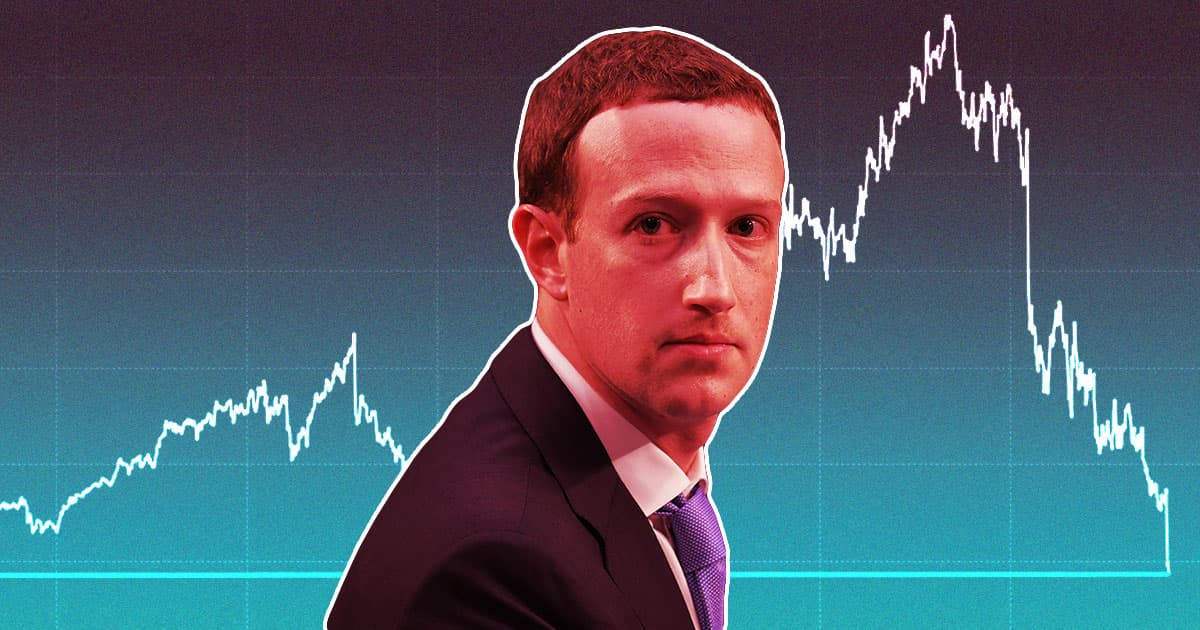 Many Facebook Shareholders Wish They Could Fire Mark Zuckerberg

"He’s tone deaf to what the owners of the company want, outside of himself."

"He’s tone deaf to what the owners of the company want, outside of himself."

As Bloomberg reports, many see the controversial figurehead as the main thing standing in the way of a bounce back from its meteoric stock crash, which has sunk even lower after its history-making drop earlier this year.

In total, Meta stock has fallen 72 percent in 2022, with analysts largely agreeing that the drop — which preceded the general depression of the stock market that occurred over the summer by months — is due to Zuckerberg's failure to deliver on his Metaverse gamble, which saw him changing the company name and investing at least $10 billion.

In the metaverse, no one can hear you scream.$META stock: pic.twitter.com/RnXXQ9eaeT

While investors are increasingly up in arms about the direction the company is headed under the metaverse-obsessed founder's direction, Bloomberg notes that the company's financial structure makes ousting Zuckerberg a virtual impossibility. Disgruntled investors have had — and will continue to have — only one choice while he's still in power: sell, sell, sell.

"He’s tone deaf to what the owners of the company want, outside of himself," David Katz, the chief investment officer at Matrix Asset Advisors, told the financial news outlet. "The stock could double in a year with better management, with management that is more focused on shareholders."

As the report notes, Facebook has taken on an unequal voting rights structure. It has two classes of shares: Class A, which the public can purchase and sell, and Class B, which are worth 10 votes each and are not public. Zuckerberg owns about 90 percent of the Class B shares, which almost completely insulates him from pushback or shareholder activism.

His massive majority stake means that Zuckerberg has, of course, been hit financially as the company's stock craters, with recent analyses describing his wealth loss to the tune of $100 billion. But it appears to be the price he's willing to pay for control over his company's future.

With 20 percent more investors dropping their Meta shares, it's clear that they don't share his confidence — and likely recognize that there was nothing they could do to change the CEO's mind.