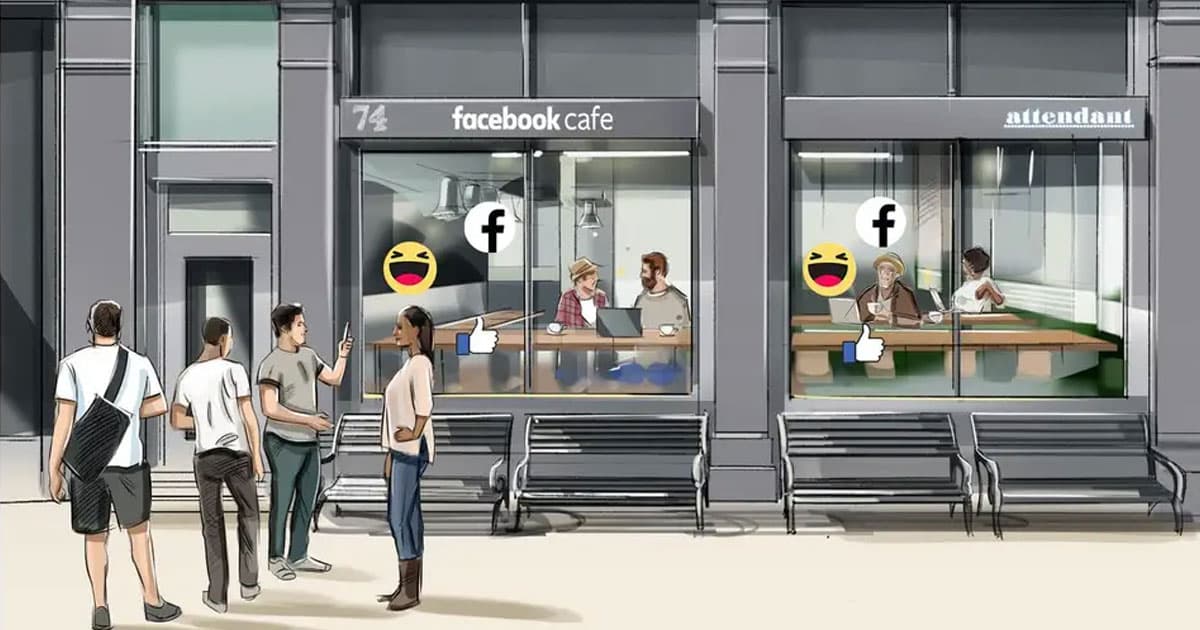 After all, it's up to you to protect your data — not Facebook.

After all, it's up to you to protect your data — not Facebook.

In an attempt to convince its two billion users that it truly cares about their privacy — pinky swear — Facebook has decided to open a number of pop-up cafes across the UK to give people a privacy check-up. Because nothing says privacy like a public cafe in the middle of London.

Of course, the reason almost nobody knows how to check up on their privacy in the first place is at least in part thanks to Facebook's convoluted settings pages of redundant menus and confusing language. A recent poll found that a quarter of all Londoners in the UK had no idea how to customize their privacy settings on social media.

At the five Facebook cafes, visitors will get free drinks and a tutorial on how to customize their privacy settings — something you'd normally have to pay people to do in their spare time.

It's a perplexing move considering the social network's atrocious track record when it comes to protecting user privacy, from the Cambridge Analytica scandal that may have interfered with the 2016 U.S. presidential election to countless breaches and leaks.

So far, the company's move has been to apologize profusely, and update its privacy settings.

Yet it keeps stumbling. Just this week, Bloomberg reported that Facebook was secretly accumulating transcripts of its users' Messenger conversations.

And half a dozen temporary Facebook cafes aren't going to fix that any time soon. As Engadget argues, the move puts the onus onto users to closely monitor their own privacy settings rather than relying on the platform to protect users.