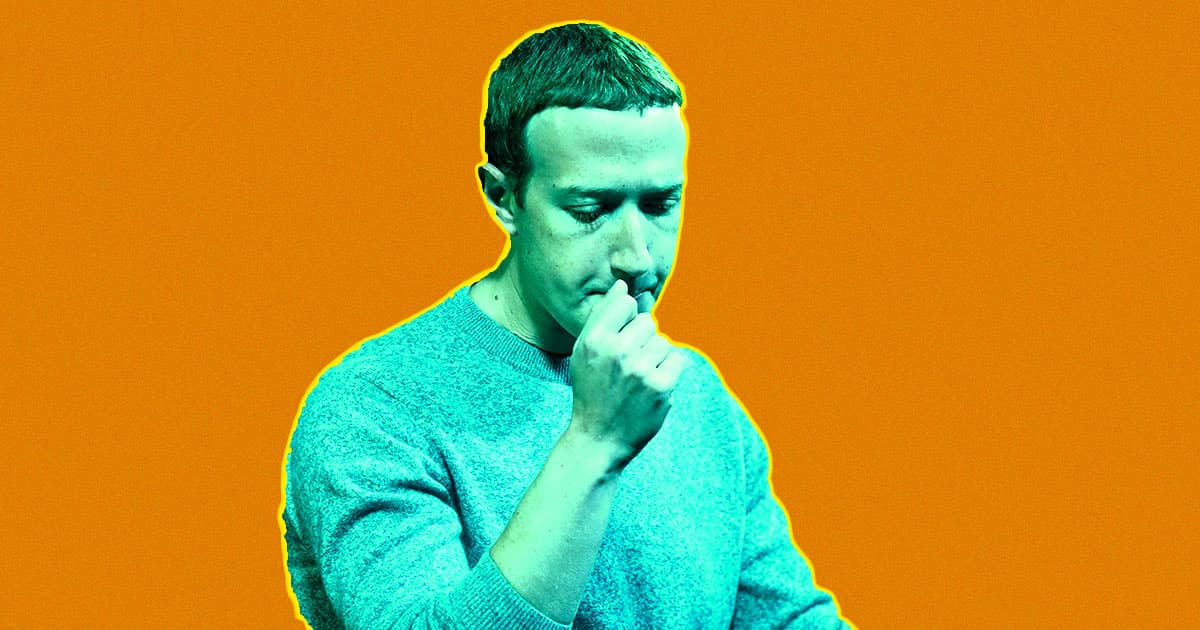 "I got this wrong," Zuckerberg said, "and I take responsibility for that."

"I got this wrong," Zuckerberg said, "and I take responsibility for that."

It's not a great day over at Meta-formerly-Facebook, where 11,000 people — that's approximately the population of the island nation of Tuvalu — just learned that they're out of a job as CEO Mark Zuckerberg announces mass layoffs.

"I’ve decided to reduce the size of our team by about 13 percent and let more than 11,000 of our talented employees go," Zuckerberg wrote in a letter to employees on Wednesday, calling the layoffs "some of the most difficult changes we’ve made in Meta’s history."

The news, while horrible for the people implicated, is not entirely unexpected — last month, Insider reported that up to 12,000 layoffs could be coming, and at the end of September, reports broke that employees were being placed on a "30-day list" that was, it seems, a sort of waitlist for being let go.

In a section titled "How did we get here?" the CEO danced around the elephant in the room: that the layoffs follow a historic stock selloff that followed his huge bet on the company's Metaverse, which has seen tens of billions of dollars of company investment and a name change to boot without any major technological advancements to make it a success.

Just learned about my layoff from Meta. Numb

Zuckerberg appeared to almost admit that he made some bad investments in the COVID-19 e-commerce boom, though he didn't say it outright.

"Many people predicted this would be a permanent acceleration that would continue even after the pandemic ended," the company founder wrote. "I did too, so I made the decision to significantly increase our investments. Unfortunately, this did not play out the way I expected."

"I got this wrong," he added, "and I take responsibility for that."

After declaring that Meta needs to "become more capital efficient" — an understatement if we've ever heard one — Zuckerberg reiterated the company's recent line about restructuring departments, adding that it will be "scaling back budgets, reducing perks, and shrinking our real estate footprint."

This appears to be the first time Zuckerberg has taken something close to accountability for his seemingly-premature Metaverse gambit — and it clearly comes at a huge cost.