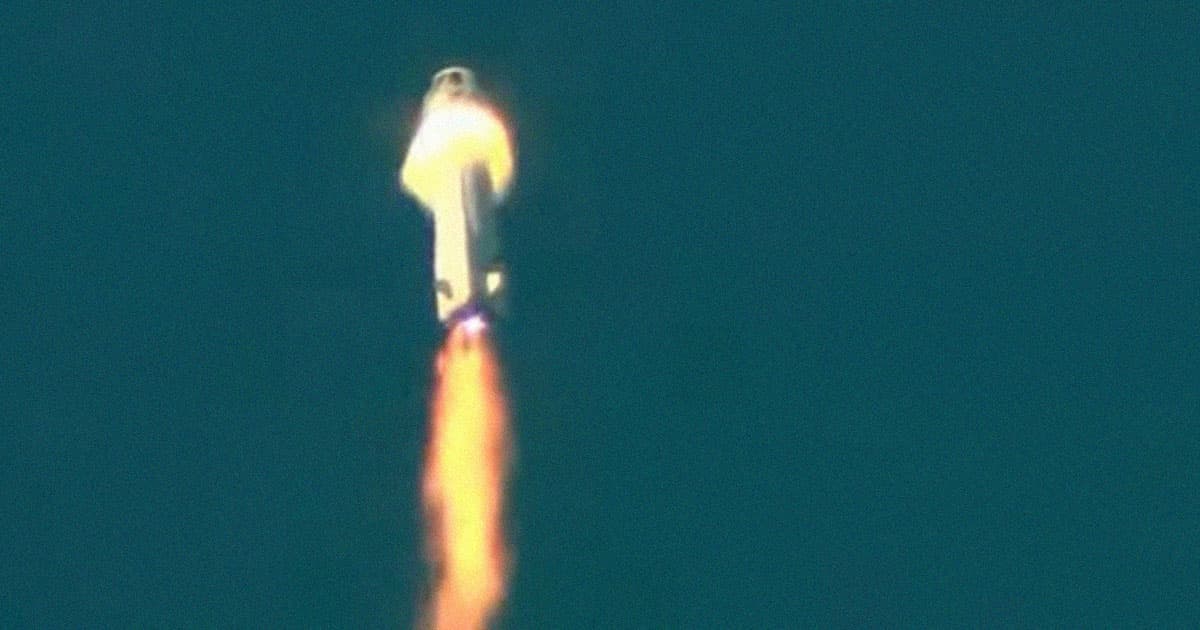 The FAA Is Not Happy About Blue Origin's "Incident" This Morning

The company was forced to abort an uncrewed mission midflight earlier today, with its New Shepard capsule erupting in a huge explosion as it was jettisoned away from the booster below, which did not appear to survive the ordeal.

The blunder has now drawn the attention from the Federal Aviation Administration, which issued an official statement announcing an investigation of the mishap.

The investigation isn't unusual, but given that the company has used the same platform to launch a number of high-profile celebrities, the scrutiny is likely to draw unwanted attention.

While the New Shepard capsule managed to land "safely and the booster impacted within the designated hazard area," the regulator will now try to determine whether the company will have to make any changes to its "system, process, or procedure" or whether it ever "affected public safety."

That means the spacecraft is grounded for the foreseeable future, something we've already witnessed with Blue Origin competitor Virgin Galactic.

It's still unclear what happened during today's accident. For one, we still don't know what triggered the in-flight abort system in the first place.

So far, the company only revealed that "the capsule escape system successfully separated the capsule from the booster," and that "the booster impacted the ground" (we'd love to see footage, if you have any.)

A lot more could've gone wrong. Blue Origin has successfully pulled off 20 consecutive launches since an anomaly in 2015, according to Ars Technica.

Despite the capsule landing back on the ground thanks to its parachutes, space tourists on board the spacecraft would've experienced some terrifying gravitational forces as they were launched away from the booster.

Another interesting data point, if it ever becomes public: the condition of the payload inside the capsule.