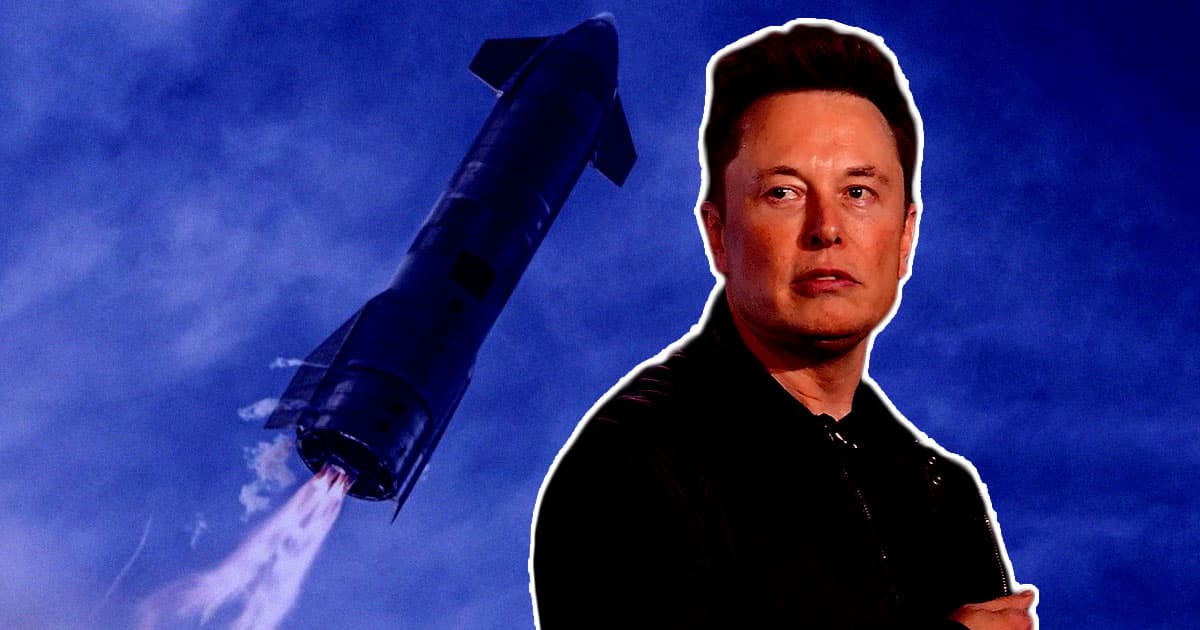 Elon Musk Admits That He's Not Sure Starship Will Even Work

Starships are meant to die?

Starships are meant to die?

SpaceX CEO Elon Musk seems to have admitted that he's not positive his company's forthcoming Starship is going to work — just a week after leaked emails revealed that the company is, in Musk's own analysis, facing bankruptcy.

Musk's comments came during a wide-ranging panel talk given at the Wall Street Journal's CEO Summit. As CNBC space reporter Michael Sheetz noted, Musk emphasized how "hard" SpaceX's Starship project has been, saying that it "absorbs more of my mental energy than probably any other single thing."

"It is so preposterously difficult," he added, "that there are times where I wonder whether we can actually do this."

Though it's likely the comment was just braggadocio, its timing does feel telling, as he made it just a week after admitting in leaked emails to SpaceX employees that slow progress on the Raptor engines has put the company at "genuine risk of bankruptcy," and after hinting at taking the company public.

Tesla CEO Elon Musk said that "chief executive officer" is a "made-up title" and that many corporate titles "don't mean anything," speaking at the #WSJCEOCouncil https://t.co/UcdhalJ2jK pic.twitter.com/9aQLfpYcqC

During what will definitely be one of his most quotable public appearances lately, Musk made a number of outlandish statements: that we should "just delete" government infrastructure subsidies, that the decline in birth rates is "one of the biggest risks to civilization," and that the US hasn't accepted that "China really is going to be the big kid on the block."

Given that context, the commentary does seem a lot like Elon being Elon – but then again, he doesn't exactly have a great track record.