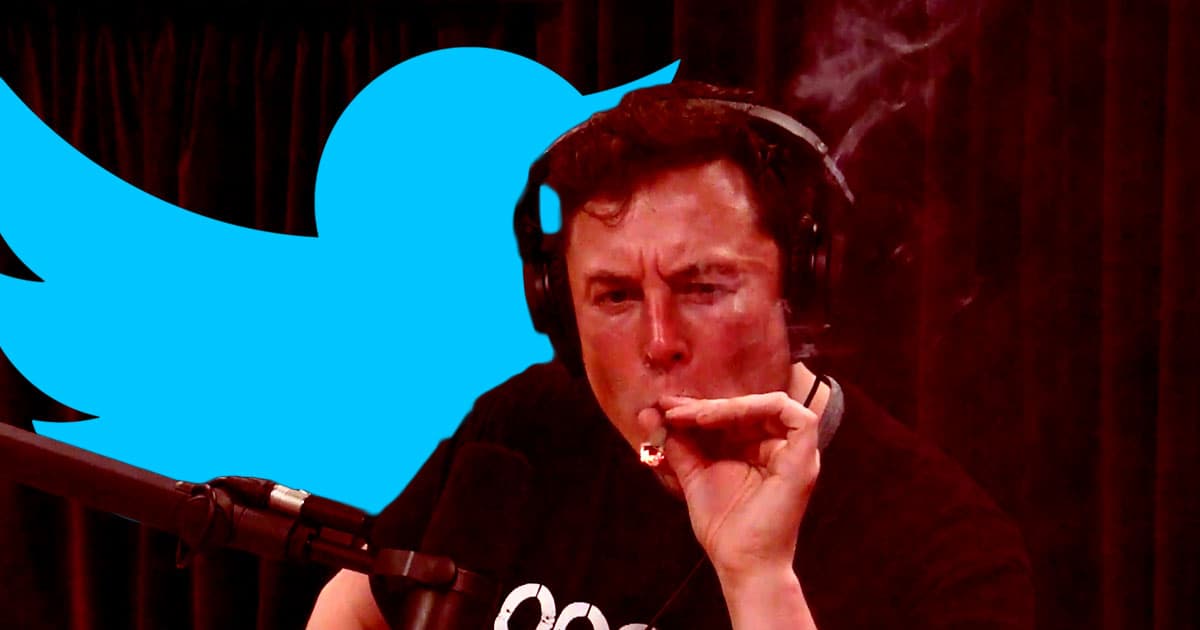 Tesla and SpaceX CEO Elon Musk is a busy man.

As if his schedule wasn't already packed running SpaceX and Tesla, Musk just snapped up almost ten percent of Twitter's shares for a hefty $3 billion — leading him to join the company's board as the company's latest and largest shareholder.

On top of making jokes about finally convincing Twitter to add an edit button — something that was apparently in the works long before Musk showed up — Musk followed the news up by doing what he does best: posting silly memes.

For his latest effort, Musk grabbed a picture of himself infamously smoking a blunt on a 2019 episode of Joe Rogan's podcast, along with a warning that "Twitter's next board meeting is gonna be lit."

It's unlikely Musk is planning to, you know, actually hotbox a room full of Twitter executives — but it's representative of the billionaire CEO's well-established, freewheeling approach to management.

Other than intimating that he's going to spark one up at a board meeting, Musk has his hands full these days. His electric car company Tesla is putting on a big show this week, showing off its long-awaited Cybertruck. Then there's his rocket outfit SpaceX, looking to launch a 400-foot spacecraft and booster stack into orbit some time later this year.

Perhaps, it's not a terrible idea to blaze it a little to calm his nerves — we know how awkward and nervous Musk can get when speaking to the public.

More on Musk: There’s a Very Interesting Theory About Why Elon Musk Bought 9% of Twitter