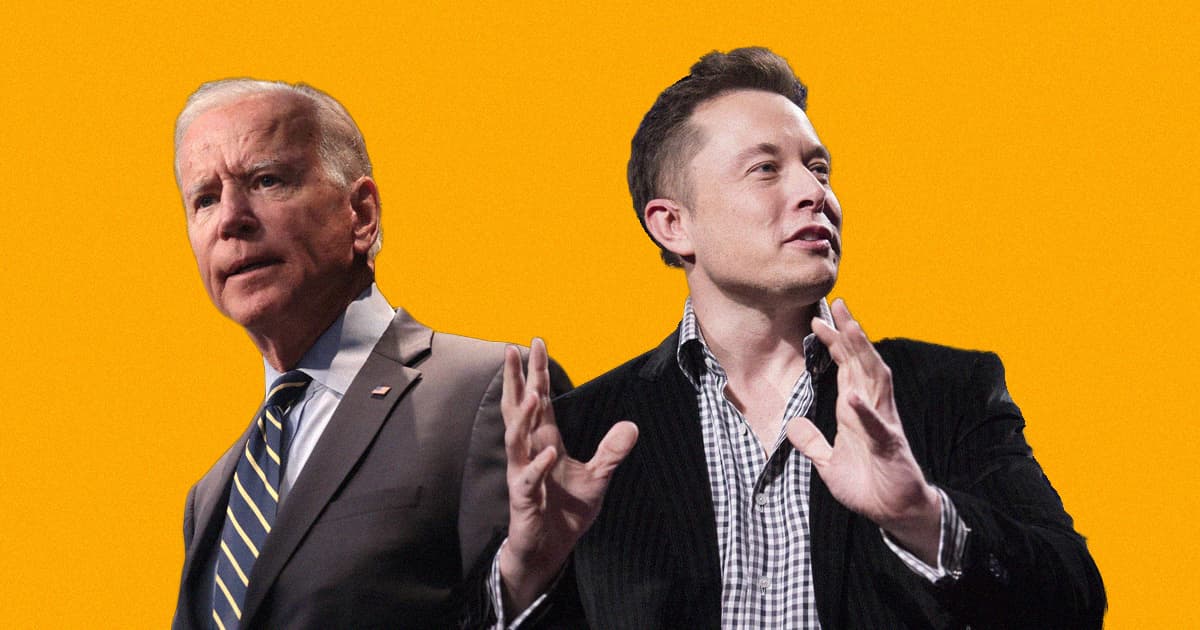 Elon Musk Says He's a Huge Fan of Biden, for One Reason

"I’m super fired up that the new administration is focused on climate," Musk told Fortune.

The CEO's endorsement for a more left-leaning administration is somewhat surprising considering Musk's dismissal of Tesla workers' attempting to unionize, significant donations to Republican candidates — and his love for Texas.

During the early days of the pandemic, Musk repeatedly sided with Trump when it came to the country's response to the growing pandemic, calling lockdown measures a violation of people's rights and freedoms.

Musk was also undecided on who to vote for in September, describing his stance as "socially very liberal, and then economically right of center, maybe, or center" in a New York Times interview at the time.

But the White House has a new president and Musk is more hopeful than ever about the environment.

The SpaceX CEO has sided with environmental policies in the past. Musk notably quit the Trump administration advisory boards in 2017 after Trump announced the US was withdrawing from the Paris Climate Agreement. In his first days in office, Biden made moves to rejoin the agremeent.

"My team, being very pro-environment, they know a lot of people that Biden is bringing in," Musk told Fortune, adding that "we will do our best to be helpful to the new administration with respect to climate."

More on Biden and the environment: BIDEN MOVES TO REJOIN PARIS CLIMATE AGREEMENT