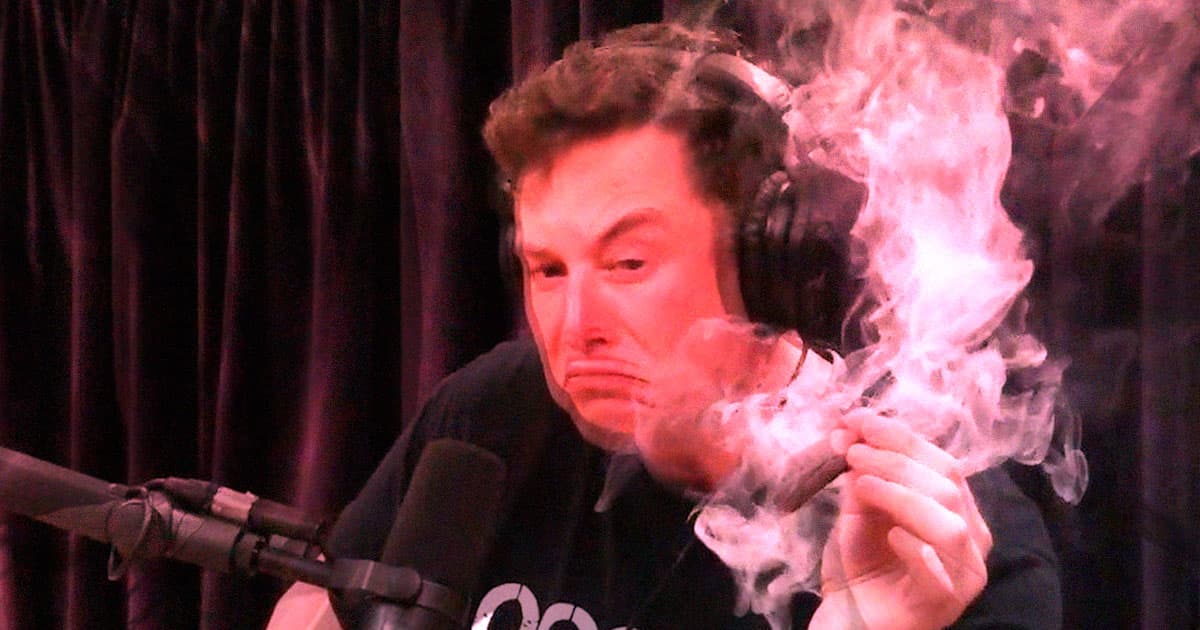 This is a strange reversal — he's been talking about drugs for years!

This is a strange reversal — he's been talking about drugs for years!

In his, uh, wide-ranging appearance at the Wall Street Journal's very cool-sounding CEO Summit, the SpaceX founder said, among other things, that "drugs probably make you age more."

"I don’t think dropping acid makes you age less," Musk said in reply to an apparently off-handed question on psychedelics and aging.

Back in reality, of course, scientists have linked the use of psychedelic drugs to lower incidences of health problems including heart disease and diabetes.

It's also, we have to note, the kind of answer only a terminal nerd who attends things like "WSJ CEO Summit" would give — because seriously, who cares whether taking psychedelics ages you? The planet is DYING, and so are you!!

But it also points to an apparent shift in Musk's thinking on drugs, which as recently as a few months, he seemed to endorse.

As High Times reported back in late September, Musk told an interview at the CodeCon tech conference that he thinks people should be "open" to taking hallucinogens.

"I think generally people should be open to psychedelics," he told Ronan Levy, the chairman of psychedelic therapy company Field Trip Health.

Musk later added that he expects more and more psychedelics to become legal in the coming years.

"As the new generation gets into political power," he said, "I think we will see greater receptivity to the benefits of psychedelics."

This was not, of course, Musk's first trip down ego death lane.

The Tesla and SpaceX CEO has both talked about and used mind-altering substance in headline-grabbing ways for years now, from reports that the Tesla board was concerned about his Ambien use to that infamous time he (poorly) smoked a big ole' joint on Joe Rogan's podcast.

And that's without getting into all the times he's tweeted explicitly or obliquely about drugs, nevermind the time he joked about Tesla's stock price reaching $420 and sicced the Securities and Exchange Commission on himself in the process or the time rapper Azealia Banks' alleged that he had been tweeting on acid.

Maybe now that the reality of his separation from the electronic artist Grimes has set in, Musk is no longer interested in doing drugs to seem cool — or maybe, just maybe, he's a fucking narc and always has been.

READ MORE: "Musk Blasts Biden's Bill That Would Boost EVs" [Bloomberg]
More on drugs: Festival Goers Did So Many Drugs That Their Pee Harmed Local Fish