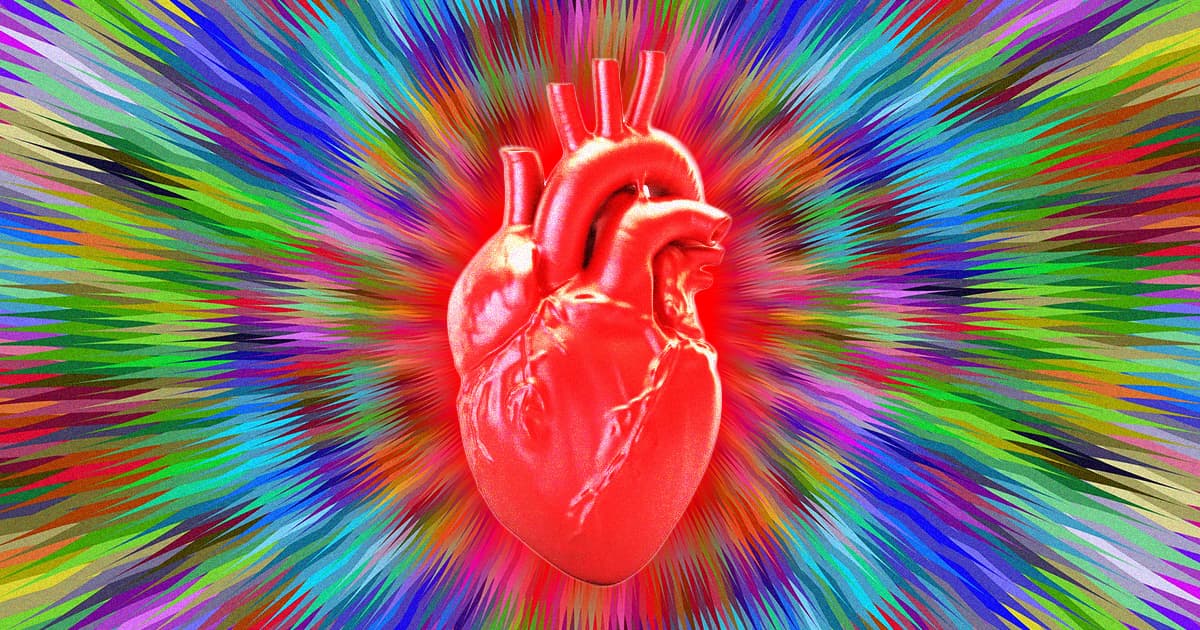 Scientists seem to have found a pleasant side effect of taking psychedelic drugs: a reduced risk of developing heart disease and diabetes.

A team of scientists identified the unexpected trend after poring over ten years' worth of data from the National Survey on Drug Use and Health, finding that respondents who said they've tried psychedelics at least once in their lives had a reduced risk of developing either condition over the previous year, according to a study published in the journal Nature Scientific Reports.

Specifically, the team looked at the records of 375,000 survey respondents and found that only 2.3 percent of those who'd ever taken DMT, ayahuasca, LSD, mescaline, peyote, or psilocybin were diagnosed with heart disease or diabetes in the previous year. That's drastically lower than the 4.5 percent diagnosis rate among people who'd never taken any of those drugs.

"The findings suggest that lifetime classic psychedelic use is associated with lower odds of having had heart disease or diabetes in the past year," lead study author and Oxford sociologist Otto Simonsson told PsyPost.

One possibility: since moderate psychedelic use is associated with a long-term sense of increased peace and well-being, maybe some people who have dabbled in it experience less heart stress during the years and decades afterward.

None of that t necessarily means that you should go and gobble up some shrooms in the name of your cardiometabolic health, but it does hint at an interesting correlation between psychedelics and medicine that ought to be teased out with further study.

"The direction of causality remains unknown," Simonsson told PsyPost. "Future trials with double-blind, randomized, placebo-controlled designs are needed to establish whether classic psychedelic use may reduce the risk of cardiometabolic diseases and, if so, through which mechanisms."

Still, it's an encouraging finding that can be thrown on top of the pile of other therapeutic benefits associated with psychedelics use that scientists seem to have uncovered. And with this seeming correlation in hand, scientists may now be able to conduct more clinical research to see if the drugs actually do improve heart health.

More on psychedelics: Meet The Woman Who Wants To sell Psychedelic Drugs To Scientists