Meet the Woman Who Wants to Sell Psychedelic Drugs to Scientists

"We all had to hide for so long and grow massive crops in indoor spaces without being arrested." 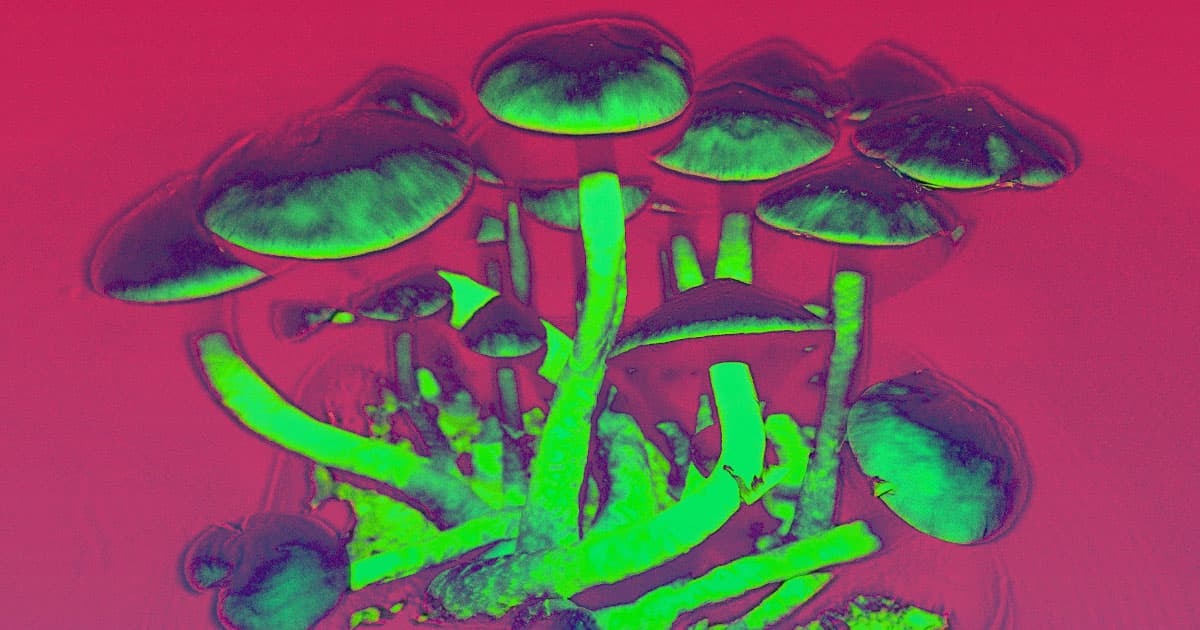 A growing number of scientists around the world believe that psilocybin — the ingredient in magic mushrooms that causes intense psychedelic trips — could be used to treat a wide variety of psychological ailments ranging from depression to eating disorders.

But if they want to run the necessary human experiments to prove themselves right, they need to actually get their hands on the stuff. And since psilocybin is illegal in nearly every country on the planet, that can be a serious challenge.

That's where a Canadian startup called Havn Life — pronounced like "haven," not "havin'" — wants to step in. CEO Susan Chapelle, a former medical researcher and cannabis entrepreneur, hopes the company will become a one-stop shop for clinical researchers exploring psilocybin's medical and therapeutic applications. In other words, she wants to sell psychedelic drugs to scientists.

"The amount of illnesses that this compound affects is outstanding," Chapelle told Futurism. "If, in my lifetime, I can help to build a marketplace where people can access safe, standard medicine, that would be glorious for me."

The Havn team pored over existing psilocybin studies, Chapelle said, and noticed that many papers' methodology sections never clarified where the drugs came from. A standardized source for psilocybin extracts and whole mushrooms, she argues, would eliminate those lingering questions and make sure scientists are using high quality drugs.

By diving into that problem, Havn is joining an increasingly crowded field of commercial players attempting to monetize illegal drugs in the pharmaceutical space. Within Canada, Numinus Wellness has a similar goal of extracting psilocybin from mushrooms, while another company called Psygen is synthesizing it in a lab. In the U.K., a pharmaceutical company called Compass Pathways is synthesizing psilocybin to treat depression, as is the Usona Foundation in the U.S.

But many of those companies are still facing legal and regulatory battles getting their products to market.

"The compounds are not readily accessible," Chapelle told Futurism. "Canada has almost no supply chain."

Scientists agree that sourcing psychoactive drugs for research is a genuine problem. Rotem Petranker, a clinical psychology doctoral student at Canada's York University and the Director of the Canadian Centre for Psychedelic Science, said that he's trying to launch a microdosing experiment but is still trying to get access to the necessary psilocybin.

"This has been the main stumbling block," Petranker told Futurism. "Where I'm stuck is I need a licensed dealer."

But Petranker, along with psilocybin researchers in California and the U.K., all expressed skepticism about entrepreneurs migrating from the cannabis space into the realm of psilocybin.

"They're quite different worlds," said Robin Carhart-Harris, Director of the psychedelic research center at Imperial College London. "By the looks of things, the cannabis world has been attractive to more of a capitalistic profit drive. It's a different culture. [Psilocybin is] a very special thing. And there's a lot of ethics that kind of protect this space from the worst aspects of capitalism."

"I'm a doctor, I've been doing this stuff, whether it's treating patients or doing research, for a long time," said Keith Heinzerling, an internist and addiction treatment specialist at the Pacific Brain Health Center in California who runs clinical research on psychedelics-assisted psychotherapy. For what it's worth, Heinzerling gets his psilocybin from Usona.

"We're in it for the long run, we're not trying to make a quick buck," Heinzerling added. "There are entrepreneurial people who are flocking to it — that's fine. But there's a danger that a lot of those people might not be around in the long run. Hopefully, again, they'll not undermine the overall process if someone were to push something too fast and too far."

Chapelle, though, frames her experience in the weed industry as a strength. She says that nobody, her team included, has figured out the trick to growing psychedelic mushrooms at scale. But Chapelle thinks they're up to the task, citing her past experience with cannabis growers across Canada who first had to hide their operations and then, when legalization happened, had to find ways to scale up and meet demand.

"We were all at the forefront of agriculture technology because we all had to hide for so long," Chapelle said, "and grow massive crops in indoor spaces without being arrested."

Also potentially thorny is Chapelle's interest in extracting psilocybin from a mushroom rather than synthesizing it in a lab. The resulting drug is chemically and functionally identical, but some of the experts who spoke to Futurism prefer synthesized to extracted psilocybin because it's produced in a more controlled setting.

Extracting psilocybin or using the whole mushroom does present the opportunity to study what's called the entourage effect: the notion that consuming all the various compounds within a magic mushroom might be different than taking psilocybin alone. The idea has never really been studied in the past, and Chapelle is interested in figuring out whether it's real. The scientists who spoke to Futurism said they'd be curious to see if it existed — they framed the entourage effect as an intriguing concept, but weren't all convinced that the effect is real or particularly worth pursuing.

All that said, Petranker, Heinzerling, and Carhart-Harris said that the supply chain for psilocybin is a serious issue. Case in point, each had a different answer for how they obtain the drug for their research. And while Havn isn't the first company to try and solve the problem, even within Canada, it is an important challenge that needs solving.

"That sounds very useful for certain people," Carhart-Harris told Futurism after hearing about the company.

"The area needs a lot of money to come in and improve access, and the positive impacts of that could be truly immense," he later added, though he once again restated his suspicion of the cannabis community bankrolling psilocybin ventures for quick cash.

Ironically, while Petranker says that it can take scientists years to get psilocybin, he's not convinced that Havn is the answer he's looking for.

"While I'm struggling with this, I think by the time they have supply chain figured out on their own, it will be redundant because other people will have figured it out," he said.

It's also worth noting that the startup is still in its early stages. A company spokesperson told Futurism that the facility, a rented lab on the campus of the University of British Columbia (UBC), is still being set up and that Havn doesn't yet have any customers. A UBC spokesperson told Futurism that none of the university's scientists are collaborating with Havn. Their relationship doesn't extend beyond renting out laboratory space, and Evan Wood, the head of psychedelics research at UBC, declined to comment on Havn as he felt his current collaboration with Numinus might present a conflict of interest.

But one thing on which Petranker and Chapelle agree is that the field desperately needs to be more transparent and open: Concealing how psilocybin studies are done in the name of protecting intellectual property, both told Futurism, will only hold medical psychedelics back.

"Where we're at now is we can decide how the study of psychedelics will shape up. We're building a foundation — this is a nascent field," Petranker told Futurism. "I think if we maintain open science, that's a way to make sure that everyone wins."

Another striking alignment between Chapelle and the scientists who criticized some aspects of her work was their deep respect for medical psychedelics' cultural history as a healing practice.

"Psychedelics has been a more holistic approach to wellness, body and mind," Carhart-Harris said. "More reverent towards particularly the plant-based psychedelics. Tied in with a kind of wisdom teachings and spirituality, values. And I think that's a wonderful aspect of psychedelic community and culture. You could critique it, you could critique everything and find holes in it here and there. But, by and large, it's a wonderful thing."

Heinzerling shared similar thoughts. In his work, he said, he strives to respect the indigenous cultures that first used psychedelics as medicine, and hesitates to embrace overcommercialization.

"We're here in Santa Monica, doing a practice that was essentially similar to one that was done by other cultures, trying to make sure our way of doing it respects that tradition," Heinzerling said. "It's important, and it's more important than if we were talking about some chemical that was synthesized in a lab at Eli Lilly. I think it's important to acknowledge that this stuff is different in that way."

Philosophy aside, though, Chapelle's goal is simple: grow psychedelic mushrooms and sell them to scientists.

"There are so many companies looking for FDA approval for new drugs related to psychedelics on so many different levels," Chapelle said. "For Havn Life, our path is very clear. It's getting compounds to the researchers so they can do the research that's necessary in order to get these compounds legal."

More on psilocybin: This Startup Is Building a Huge Magic Mushroom Farm in Jamaica