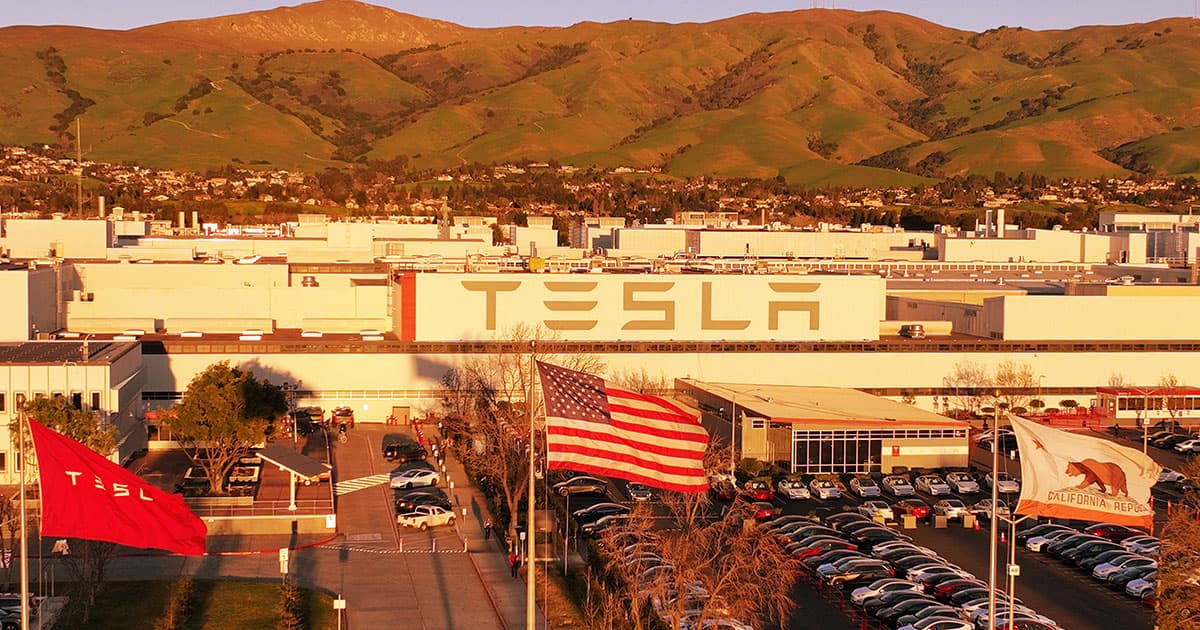 "I’d like hereby to invite UAW to hold a union vote at their convenience."

"I’d like hereby to invite UAW to hold a union vote at their convenience."

Tesla CEO and potato spiral enjoyer Elon Musk has changed his tune on labor union organizing efforts at his factories… sort of.

The billionaire tweeted on Wednesday that he would do nothing to stop the United Auto Workers (UAW) from holding a vote on whether employees should unionize at Tesla’s Fremont, California factory. Musk offered the invitation in reply to a tweet from Kiss member Gene Simmons, because reality can be a real fun house mirror sometimes.

"I'd like hereby to invite UAW to hold a union vote at their convenience," he wrote. "Tesla will do nothing to stop them."

The comment is a bit odd coming from Musk in light of his antagonistic history towards labor organizing. Former Tesla employees claimed that even wearing a pro-union shirt could get you fired. Musk also once implied that if Tesla employees unionized, they would lose their stock options.

The company even encountered legal trouble in 2019 after it fired a union organizer in what was seen as an effort to impede organizing efforts. Humiliatingly, they were forced to hire the organizer back by a federal judge.

Of course, that brings up the question: Why now? Part of Musk’s change might be due to pressure from the government. President Joe Biden is a vocal supporter of unionization efforts, and has seemed to make a strategic effort to only praise unionized electric automakers, much to the billionaire’s chagrin.

It's also possible that Musk is becoming more open to unions since Tesla is on a much steadier path than it has been in years past. Not only is it the most dominant force in the EV industry, it’s also finally hit profitability without the help of credits. Perhaps in Musk's estimation, a happy and unionized workforce for Tesla could be a net benefit.

Then again, Musk might also just be confident that his employees will vote no to union efforts.

Regardless, a vote from the UAW will no doubt be a good thing. Let’s just hope Musk stays true to his word and doesn’t try to quash it before it starts.

More on Tesla: Tesla Accused of Exaggerating How Far Its Cars Can Drive on a Charge