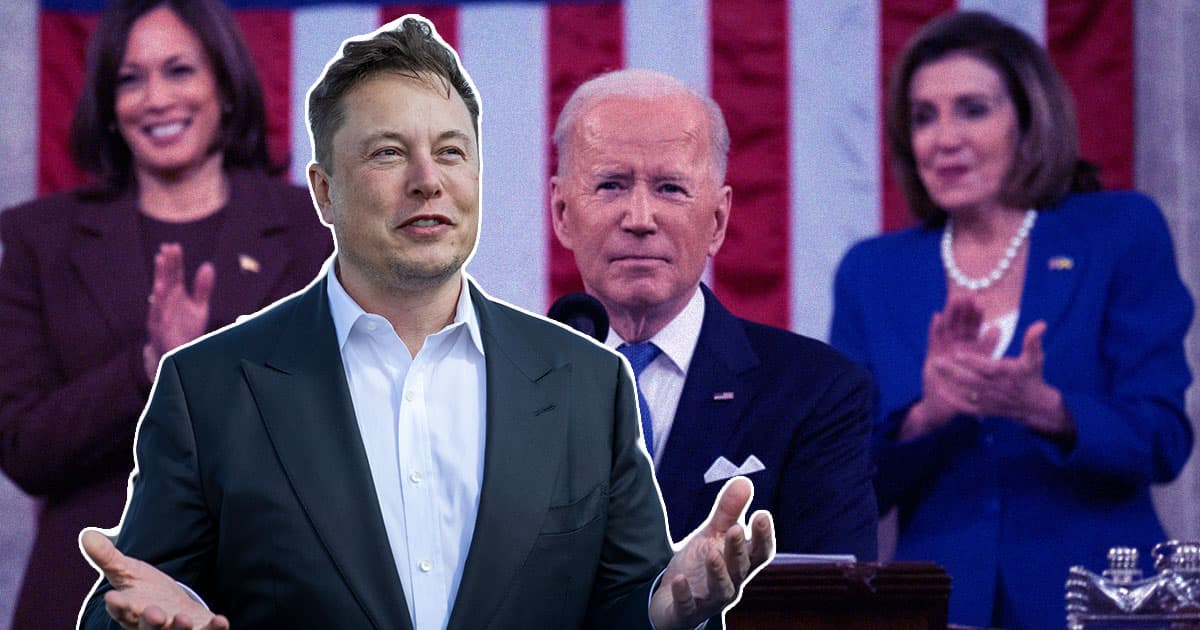 "Nobody is watching the State of the Union."

"Nobody is watching the State of the Union."

Tesla CEO Elon Musk is still angry that the White House is giving his company the silent treatment — and he wants the president to know it.

The billionaire told CNBC on Tuesday that no one would be watching President Joe Biden’s State of the Union address. Later, though, he seemed to be watching it himself as he took to Twitter during the speech to harp at the commander-in-chief for his perceived snubs of Tesla.

"Nobody is watching the State of the Union," Musk told the broadcaster. He later tweeted at Biden directly to complain that "Tesla has created over 50,000 US jobs building electric vehicles and is investing more than double GM and Ford combined."

Musk’s one-sided feud with Biden stems from his perception that the president is snubbing the billionaire’s companies.

To Musk's credit, the White House does seem to be omitting Tesla from comments about electric vehicle production. That's likely due to the electric automaker’s problematic history of fighting labor union attempts, not to mention Musk’s public opposition to Biden’s EV tax credit.

However, Biden has recently acknowledged Tesla’s EV leadership — though we doubt that’ll be enough for ol’ Elon, who relishes being the center of attention at all times.

READ MORE:  Elon Musk takes aim at President Biden after he fails to mention Tesla during State of the Union [CNBC]

More on mad Musk: Elon Musk, Who constantly Posts About Stuff He Hates, Complains About the Media’s “Relentless Hatestream”