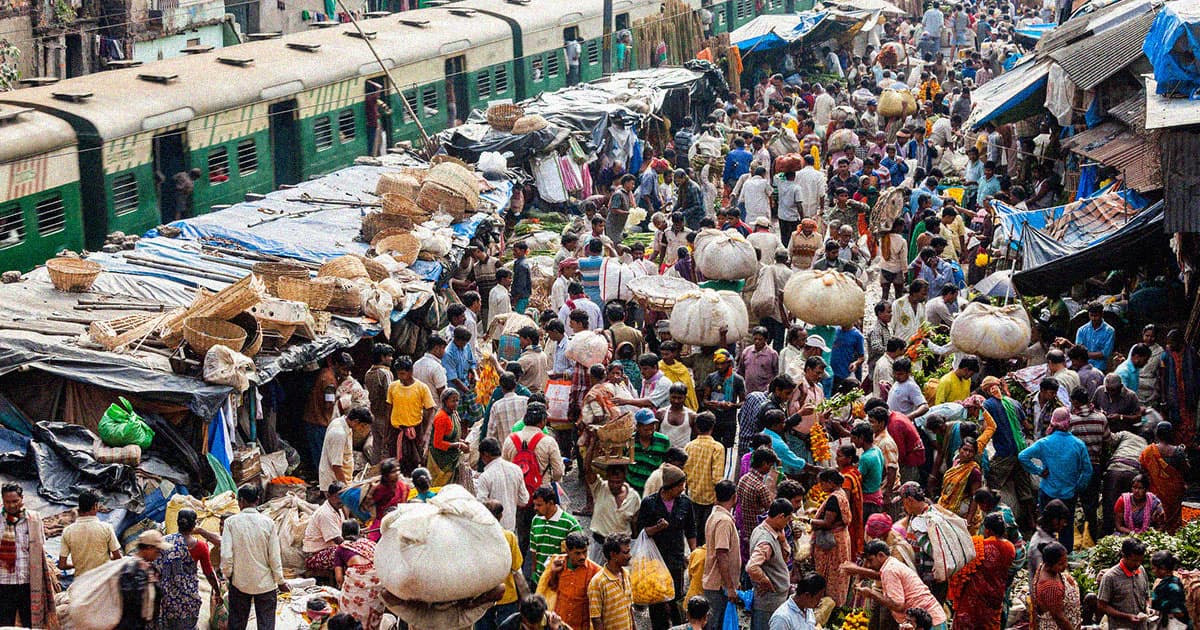 Earth's Population Is About to Hit 8 Billion

The United Nations is estimating that the world's population could reach the eight billion mark as soon as mid-November, with India replacing China as the world's most populous country in 2023 — a notable landmark in the history and future of humanity.

The report, dubbed "World Population Prospects," also has grim implications for China's aging population. Hampered by strict childbearing policies that appear to have overshot their goal, it could soon start declining and create profound demographic challenges for the ascendant world power.

The UN is projecting the world's population will reach 8.5 billion in 2030 and 9.7 billion in 2050, eventually reaching a peak of around 10.4 billion approximately 60 years from now.

More than half these increases will be driven by just eight countries, including the Democratic Republic of Congo, Egypt, Ethiopia, India, Nigeria, Pakistan, the Philippines and Tanzania. Sub-Saharan Africa will contribute more than half of global population increases through 2050.

In 2020, the first year of the global pandemic, the global growth rate dipped under one percent per year for the first time since 1950, according to the UN.

And that's just a sign of what's still to come. 61 countries will experience a projected decrease in their populations between 2022 and 2050.

The United States is projected to remain the third most populous country, followed by Nigeria, Pakistan, and Indonesia through 2050.

The announcement comes with some seriously mixed implications. Despite the fact that we are staring down the barrel of a climate crisis of disastrous proportions, more people are able to live healthier lives — yet their future is more uncertain than ever before.

"This is an occasion to celebrate our diversity, recognize our common humanity, and marvel at advancements in health that have extended lifespans and dramatically reduced maternal and child mortality rates," UN Secretary General António Guterres said in a statement.

"Reaching a global population of eight billion is a numerical landmark, but our focus must always be on people," he added. "In the world we strive to build, eight billion people means eight billion opportunities to live dignified and fulfilled lives."

More on population growth: Data Shows That China's Population Is About to Start Actively Shrinking

The Kids Won't Be Alright
Elon Musk Warns That Humankind Will "End Up in Adult Diapers"
May 18
Read More
Pop Cap
Researchers Say Earth Is Headed for "Jaw-Dropping" Population Decline
7. 15. 20
Read More
New Report Asserts the Earth’s Population Will Reach 9.8 Billion by 2050
8. 21. 17
Read More
+Social+Newsletter
TopicsAbout UsContact Us
Copyright ©, Camden Media Inc All Rights Reserved. See our User Agreement, Privacy Policy and Data Use Policy. The material on this site may not be reproduced, distributed, transmitted, cached or otherwise used, except with prior written permission of Futurism. Fonts by Typekit and Monotype.