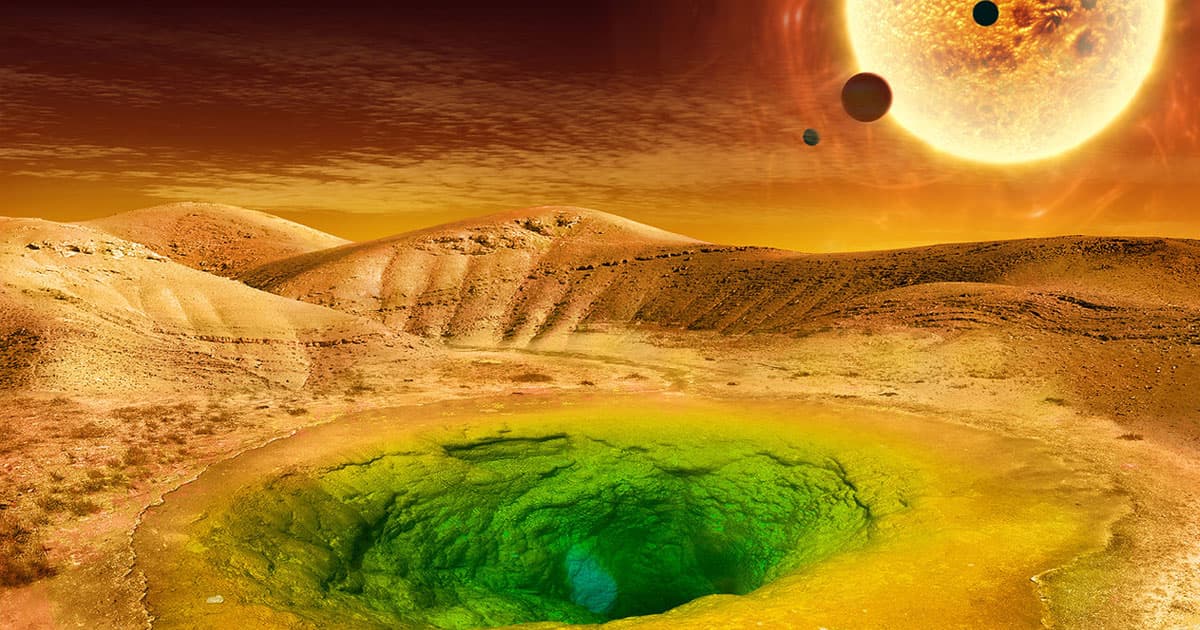 Earth Might Not Be the Most Hospitable Planet out There

It's technically possible other worlds are better suited for life.

It's technically possible other worlds are better suited for life.

It goes without saying that the emergence of life on Earth was an extraordinary event — so seemingly rare that many scientists suspect that it to be unique in the cosmos.

But new computer models suggest that there could be exoplanets even better suited for life than Earth, according to ScienceAlert. While there's no guarantee that those exoplanets exist or that their hospitable environments inevitably lead to the proliferation of extraterrestrial life, the research hints at the possibility that maybe we're not entirely alone in the universe after all.

The key for exoplanet habitability seems to be how well its oceans circulate and upwell, which is the process through which oceans bring nutrients from the depths up to the surface, where photosynthesizing organisms can benefit from them.

Using NASA modeling software, the scientists found that the more hospitable exoplanets would need to have thick atmospheres, slow rotation speeds, and multiple continents, according to the research they presented at Barcelona's Goldschmidt Geochemistry Congress.

"This is a surprising conclusion," lead researcher Stephanie Olson from the University of Chicago said in a press release. "It shows us that conditions on some exoplanets with favorable ocean circulation patterns could be better suited to support life that is more abundant or more active than life on Earth."

READ MORE: Study: There May Be Exoplanets Out There Even Better Suited For Life Than Earth [ScienceAlert]