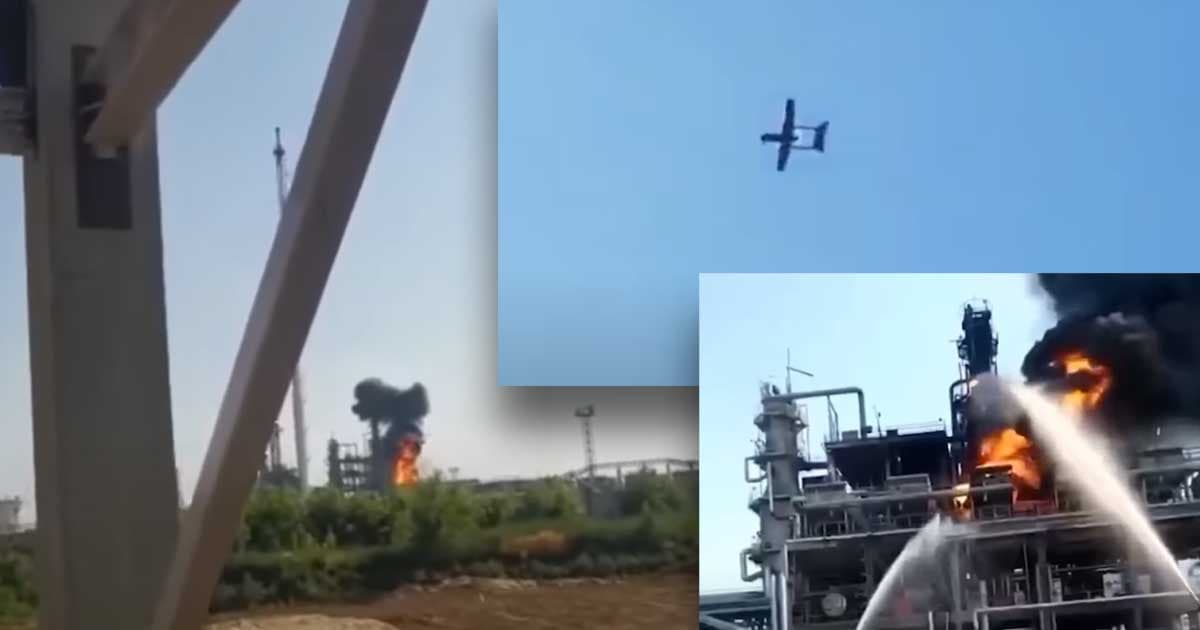 Okay, but who was flying it?

Okay, but who was flying it?

The Telegraph posted video footage to YouTube and called the drone a "kamikaze" sent by Ukraine, but the Guardian says details are still forthcoming and can't confirm whether the drone was Ukrainian in origin. The clip shows a small drone fly over the refinery, at which point Russian workers speculate about its purpose.

Moments later the drone dives down and crashes. The metal structure immediately bursts into flame and begins emitting black smoke. The Guardian reports there were no casualties.

Although the two outlets seem to disagree, anything could be true at this point.

Since Russia invaded Ukraine, the smaller country has indeed been striking back using drones and specially trained pilots. While Russian tanks have gotten mired in mud pits, Ukrainian soldiers have made some headway despite heavy civilian casualties. There's no doubt that Ukraine has the motive and the know-how to fly a drone into enemy territory.

The drone is still unidentified, though, and there's no evidence it came from any specific country. It's possible a pilot from Russia or another country flew it into the refinery, which has been shut down since the explosion.

Whether the drone is truly Ukrainian may remain a mystery, since Russia isn't exactly forthcoming about matters of security. It's probably even more unlikely to admit that a drone passed through Russian airspace undetected, so we're not keeping our hopes up for clear answers.

More on reasons to keep your eyes on the sky: SpaceX Accused of Coloring Night Sky Red For Several Minutes