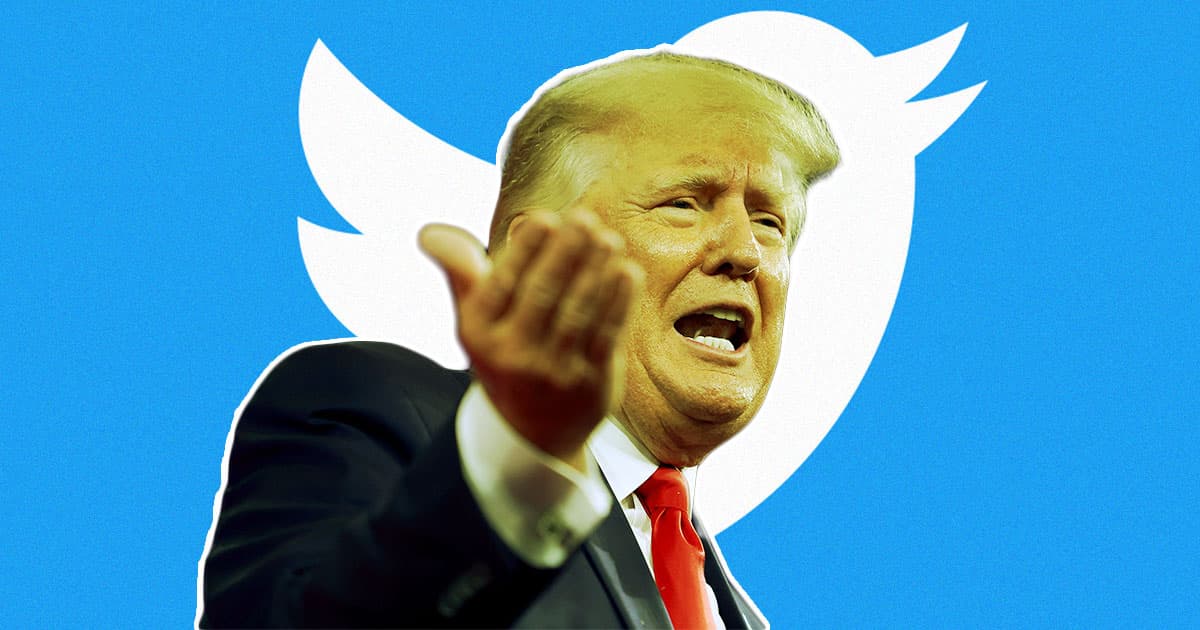 Donald Trump is angry… again. This time, it seems to be because no one seems to be using his glitchy Twitter wannabe, Truth Social.

After a fairly disastrous launch that included a massive waitlist for users along with a whole host of glitches, the former president is now allegedly mad at his team for the botched roll out. Sources told The Daily Beast that Trump has complained endlessly about it, and is looking to blame everyone but himself.

"What the fuck is going on," Trump allegedly said on the phone referring to the app.

Despite an initial spike of two million daily visits when it first launched, the self-described "Big Tent" social media platform has since cratered in traffic. The Beast dug into the data behind the app and found that Truth Social is doing either worse or about the same as other middling MAGA-friendly platforms like Gab and Gettr.

Those who do end up using the app don’t seem to be sticking around either. The news site found that the average user stays on the site for just 90 seconds — a very short stretch compared to the seven minutes people spend on Getter and nine minutes they spend on Gab.

As with so much of Trump’s problems, though, he really doesn’t have anyone else to blame but himself. After all, he hasn’t used the platform or posted a "Truth" a single time since launching the app. This is despite the fact that the world is arguably undergoing some of the biggest geopolitical turmoil it’s seen since World War II.

All in all, Truth Social is looking like a big dud. We’ve seen better launches from SpaceX Starship prototypes — and Trump only has himself to blame.

Billionaire Social Media
Twitter Agrees to Elon Musk Takeover
Apr 25
Read More
Beyond the Grave
John McAfee's Instagram Posted Something After He Died
6. 23. 21
Read More
Speak English
Donald Trump Says Bitcoin Is a "Scam"
6. 7. 21
Read More
+Social+Newsletter
TopicsAbout UsContact Us
Copyright ©, Camden Media Inc All Rights Reserved. See our User Agreement, Privacy Policy and Data Use Policy. The material on this site may not be reproduced, distributed, transmitted, cached or otherwise used, except with prior written permission of Futurism. Fonts by Typekit and Monotype.