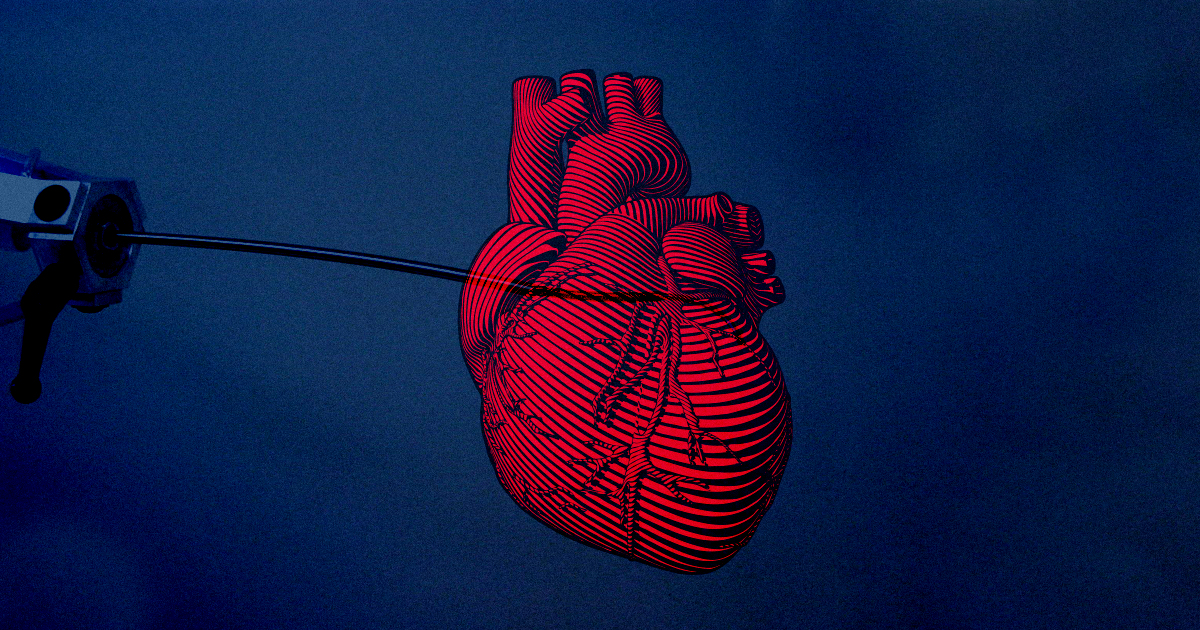 In a world first, surgeons just used a self-navigating surgery robot in an experimental surgery — training a robotic catheter to find its way to a leaky valve in a pig's heart.

The new robot, described in research published in the journal Science Robotics on Wednesday, marks the beginning of the transition from robotic surgical tools to true robot-assisted surgeries, where autonomous devices can actually take the load off of overburdened human doctors.

The catheter found its way to the leaky valve by hugging the walls of the heart as it navigated, using artificial intelligence and a camera to suss out its location.

"The algorithms help the catheter figure out what type of tissue it's touching, where it is in the heart, and how it should choose its next motion to get where we want it to go," Pierre DuPont, chief of Pediatric Cardiac Bioengineering at Boston Children's Hospital, said in a press release.

The robot took longer to reach the leaky valve than a physician guiding a standard catheter, but the surgeons behind the project see their accomplishment as the beginning of automated surgeries where robots handle the mundane tasks.

"The right way to think about this is through the analogy of a fighter pilot and a fighter plane," said DuPont. "The fighter plane takes on the routine tasks like flying the plane, so the pilot can focus on the higher-level tasks of the mission."