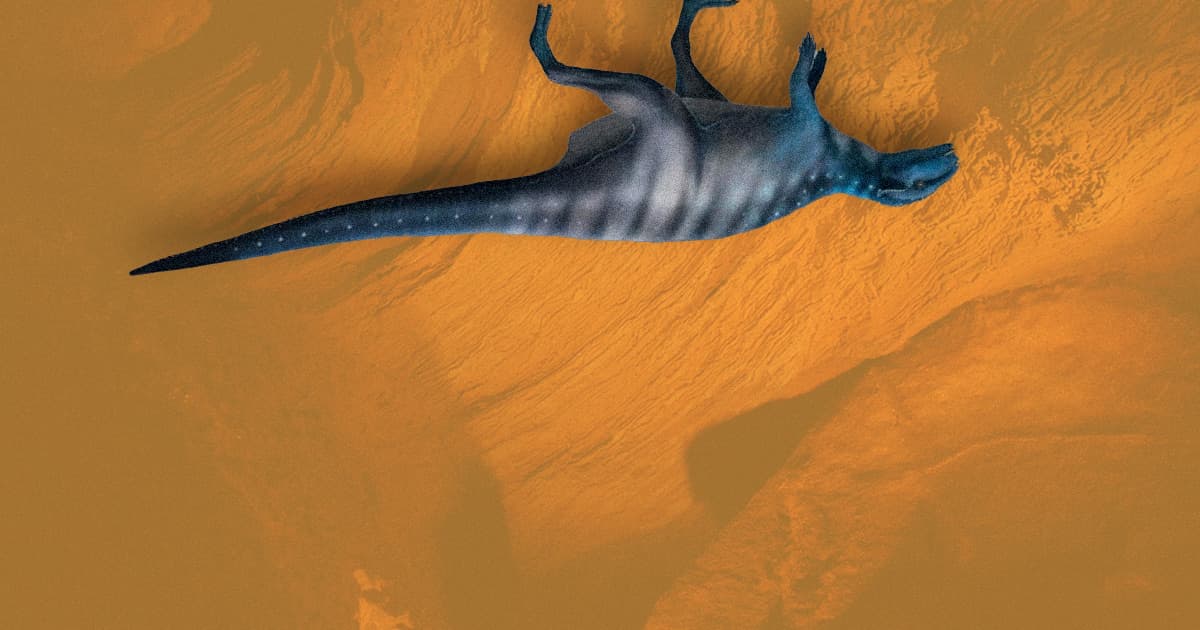 Footprints In The Sand

No, Researchers Conclude, This Dinosaur Did Not Walk Upside Down

Sorry to everyone who was holding out hope.

Sorry to everyone who was holding out hope.

Fifty years ago, paleontologists discovered dinosaur footprints on the ceiling of a cave in Australia. And for fifty years — that's a five, followed by a zero — scientists just assumed that they encountered evidence of a dinosaur that somehow crawled around upside-down.

Now — finally — University of Queensland scientists got to the bottom of things, BGR reports. Rather than some weird, undiscovered dinosaur with a penchant for handstands — one pictures, maybe, an ungodly ball of legs rolling around — the team discovered that the footprints were left when perfectly-normal dinosaurs trudged through lake sediment, which later came to form the cave ceiling.

The old assumption was truly bizarre, but also perfectly illustrates how little we understand about the distant past — and how limited our tools for learning more about it can be.

But also — a dinosaur walking on its hands and stomping footprints into the ceiling? I'm no fancy Ph.D., but surely there were some other ideas kicking around over the last half-century.

The Queensland scientists cleared up two mysteries at once: the footprints' arrangement made it seem like they were left by some unknown quadrupedal carnivore trudging along, where scientists would have expected bipeds. But nope: it was just two dinosaurs.

"Rather than one dinosaur walking on four legs, it seems as though we got two dinosaurs for the price of one," Queensland paleontologist Antony Romilio said in a press release, "both plant-eaters that walked bipedally along the shore of an ancient lake."

Hidden Hominids
Scientist Says There May Be a Species of Hobbit-Like Humanoids Hiding on an Island
Apr 19
Read More
Brands We Love
This Company Ships Dinosaur Fossils and Other Artifacts Right to Your Door
5. 1. 20
Read More
Brands We Love
You Can Own a 90 Million-Year-Old Dinosaur Tooth for Less Than a Pair of AirPods
6. 25. 19
Read More
+Social+Newsletter
TopicsAbout UsContact Us
Copyright ©, Camden Media Inc All Rights Reserved. See our User Agreement, Privacy Policy and Data Use Policy. The material on this site may not be reproduced, distributed, transmitted, cached or otherwise used, except with prior written permission of Futurism. Fonts by Typekit and Monotype.