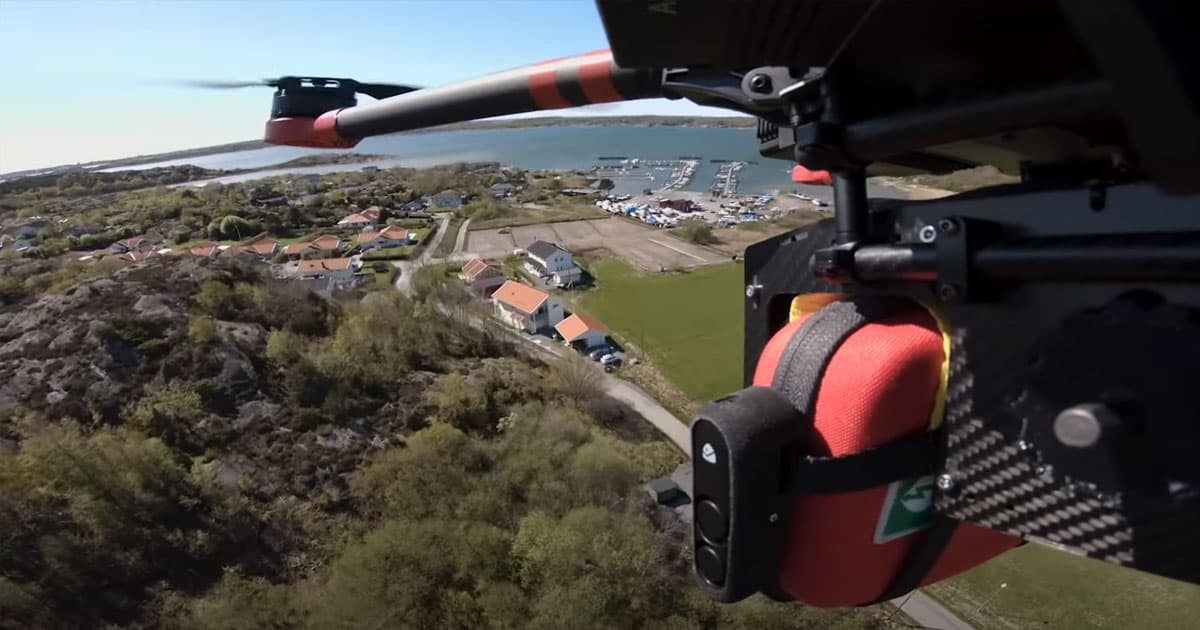 Defibrillator Drone Swoops In and Saves Man Having Heart Attack

"If it wasn’t for the drone I probably wouldn’t be here."

"If it wasn’t for the drone I probably wouldn’t be here."

Drones aren’t just for cops or spying on Mars simulations. They can also be used to save your life.

At least that was the case with a Swedish man who survived a brush with death due to the quick actions of a few good Samaritans and an emergency medical drone, according to a press release from dronemaker Everdrone.

The man was shoveling snow outside of his home in December when he suffered a heart attack. Luckily, a doctor named Mustafa Ali was driving by when he saw the man collapsed on his driveway. The doctor began to do CPR and asked a bystander to call emergency services.

"Just minutes later, I saw something flying above my head," Ali recalled in the release. "It was a drone with a defibrillator!"

The drone was created and operated by Everdrone as part of its Emergency Medical Aerial Delivery Service. Working in conjunction with local medical officials, the company was able to deliver a defibrillator to Ali within minutes.

Ultimately, the doctor was able to use it to save the 71 year old’s life.

"I can’t put into words how thankful I am to this new technology and the speedy delivery of the defibrillator," the patient said in the release. "If it wasn’t for the drone I probably wouldn’t be here."

Currently, the service is only offered in Sweden and can currently reach roughly 200,000 residents. However, Everdrone says it plans expand the service to more locations in Europe this year.

It’s cool to see these cyberpunk solutions to critical health incidents. At the very least, it’s better than the drones with deadly weapons attached to them.

READ MORE: For the first time in medical history, an autonomous drone helps save the life of a cardiac arrest patient [Everdrone]

More on drones: Light Show Goes Wrong When Drones Start Plummeting Out of the Sky

Brands We Love
This Premade Survival Kit Makes It Easy To Prepare for the Worst
3. 31. 21
Read More
Brands We Love
Allianz Explorer Series Is Taking NYC on a First-Class Ride to a Sustainable Future
7. 8. 19
Read More
Will Unmanned Drones Replace Police Helicopters?
8. 30. 17
Read More
+Social+Newsletter
TopicsAbout UsContact Us
Copyright ©, Camden Media Inc All Rights Reserved. See our User Agreement, Privacy Policy and Data Use Policy. The material on this site may not be reproduced, distributed, transmitted, cached or otherwise used, except with prior written permission of Futurism. Articles may contain affiliate links which enable us to share in the revenue of any purchases made.
Fonts by Typekit and Monotype.