Get off my lawn! 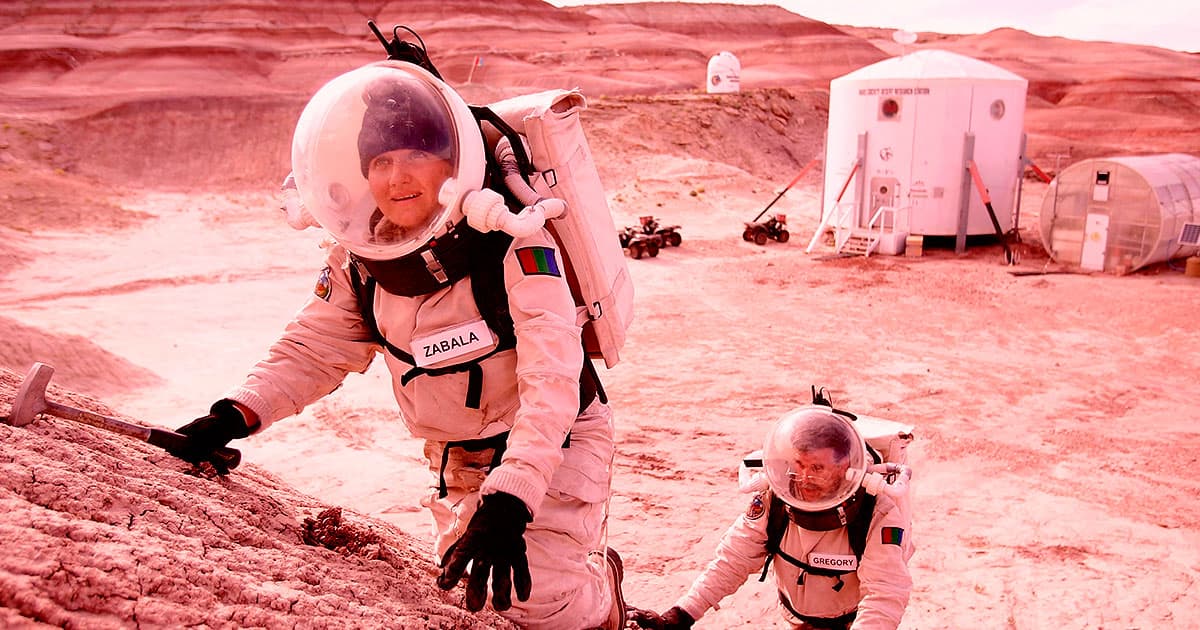 However, the station’s director has found that the biggest issue isn’t coping with the effects of isolation or the inhospitable environment — instead, it’s dealing with annoying tourists.

Dr. Shannon Rupert, director of the MDRS, recently penned an op-ed in Space.com deriding the influx of sightseers who, despite numerous "No Trespassing" signs around the property, have attempted to venture onto the base to get a closer look. While some of the tourists have been polite, she said, there have even been instances in which the MDRS has had to call the local police for help.

"I have spent more time chasing people off the property than welcoming them," Rupert wrote in the essay.

Even more irritatingly, she wrote, some of the intruders are using drones to snap photos of the station for social media clout. Once posted, she said, it becomes a feedback loop wherein other people see it and are inspired to check out the station too — resulting in more social media photos and more tourists.

She described this not only as an invasion of the team’s privacy but also a major distraction to their work.

"Making this Mars simulation as realistic as possible is key to that research," she said in the op-ed, adding that what "hinders that effort are drones filming crew members from outside their windows, or people wandering around the facility, poking their heads in buildings or sitting on the hill just outside the front airlock before daybreak."

The MDRS is operated by the Mars Society, a nonprofit organization dedicated to promoting human colonization of the Red Planet. The station allows scientists to live and conduct research on simulated Mars habitats from weeks to months at a time, according to its website.

According to Rupert, their research requires near total isolation from the outside world, as well as suspension of disbelief that can easily be disrupted by outside forces like drones and nosy would-be influencers.

"Future astronauts on the Red Planet will experience a level of isolation that no human has ever gone through, and a large part of MDRS research, led by its crews, focuses on that challenge," she wrote.

So if you’re thinking about checking out the MDRS for the 'gram, please do yourself — and the scientific community — a favor and don’t. You might be interfering with valuable work that might help us actually get to Mars one day.

More on Mars: NASA Rover Detects Organic Molecules on the Surface of Mars

Read This Next
Carbon-Based
NASA Rover Finds New Potential Evidence for Ancient Life on Mars
Round Trip
NASA Reveals Early Plans to Send Two Astronauts to Surface of Mars
Death Watch
Goodnight Sweet Prince: NASA is Officially Killing Its Mars Lander
Mars Attack
Scientists Worried About Military Facility to Store NASA Mars Rocks
Captain Planet
Buying Twitter Seems Like a Huge Distraction for Elon Musk's Mars Plans
More on Off World
TMNT
Friday on the byte
Chunky Turtle Spotted Near NASA's Mega Moon Rocket
Cloud Spotting
Thursday on the byte
NASA Needs Your Help Spotting Clouds On Mars
Rolling Coal
Wednesday on futurism
Space Travel Will Absolutely Gut the Environment, Scientists Warn
READ MORE STORIES ABOUT / Off World
Keep up.
Subscribe to our daily newsletter to keep in touch with the subjects shaping our future.
+Social+Newsletter
TopicsAbout UsContact Us
Copyright ©, Camden Media Inc All Rights Reserved. See our User Agreement, Privacy Policy and Data Use Policy. The material on this site may not be reproduced, distributed, transmitted, cached or otherwise used, except with prior written permission of Futurism. Fonts by Typekit and Monotype.