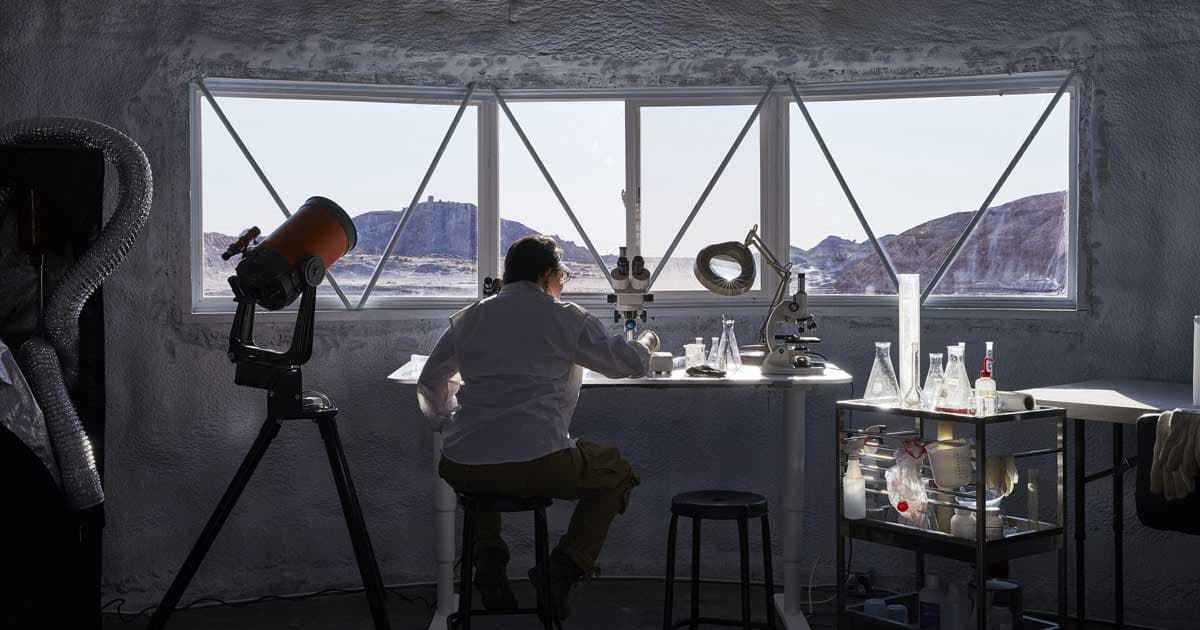 IKEA Designed the Interior of a Mars Habitat

IKEA designers have been trying to come up with new methods to make the cramped space feel like a home while maximizing utility. The vision is surprisingly similar to what you'd find in an Earth-based IKEA furniture store: adjustable stools, stackable chairs, and movable trolleys.

"We tried to work with products for small-space living situations that could be arranged in a flexible and multifunctional way," Levenborn said. "For the habitat, we brought products on wheels for mobile living, stools for seating, and table surfaces and stackable chairs for saving space."

The MDRS habitat is a 26-feet-tall domed cylinder that includes a lab, workshop, kitchen, and six small sleeping bunks. Six researchers often spend up to a couple of months in the tight living space, studying the day-to-day experience of what it might be to live on the Red Planet.

"We chose to maximize communal space and minimize private space," Robert Zubrin, president of the space advocacy group that runs MDRS, said in a statement. "Each crew member has a small bunk they can retire to when they want to be alone, but the space they share is fairly large."

The Swedish furniture brand has also released a collection of MDRS-inspired homewares last year, including a rocket-shaped indoor terrarium, and space-age-y air purifiers.

More on IKEA: IKEA Wants to Sell You Robotic Furniture for Your Tiny Apartment