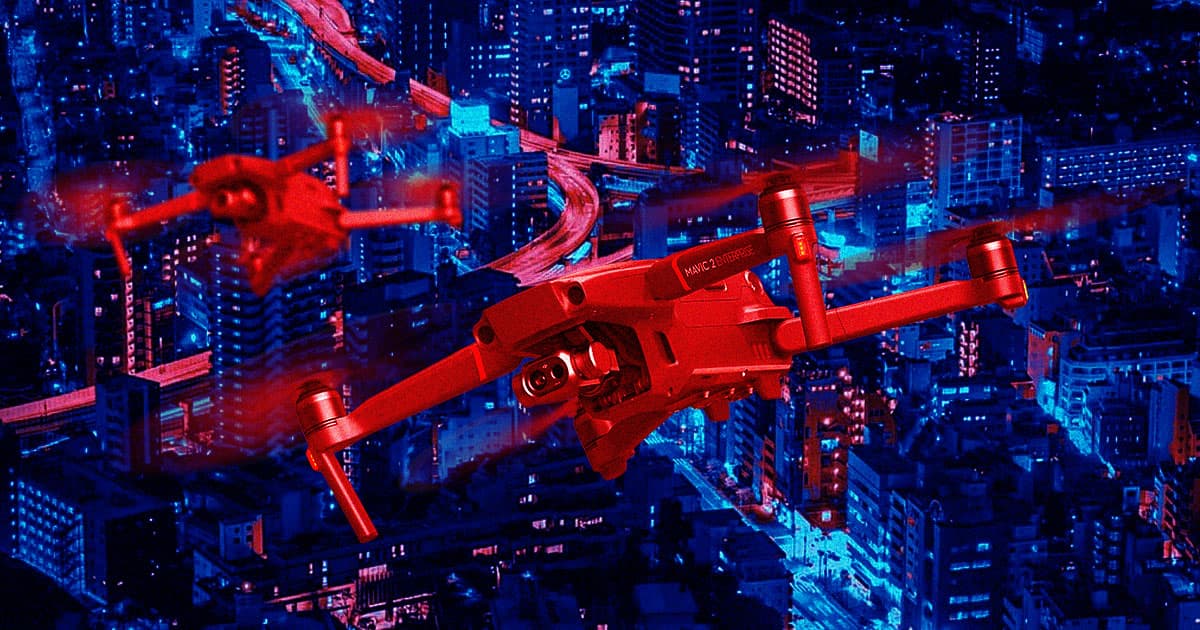 Police in Israel may soon have autonomous drones that fly to locations where gunshots are detected, according to a new press release from ShotSpotter. The US-based company already creates a controversial product that uses acoustic sensors to detect gun shots and alert police, and now it's teaming up with a company called Airobotics to create drones that respond to disturbances.

"Airobotics believes that integrating with ShotSpotter, the leader in gunshot detection, will provide a better technological solution for dealing with gunfire crime in Israel," said Meir Kliner, CEO of Airobotics via the December press release. "This partnership is another step in the company's strategy to expand the scope of its activities by providing solutions for emergency response, security, and flight in urban areas."

The concept isn't without its critics. Just days ago, Axios reported that Denver police are using ShotSpotter, but can't prove it actually reduces gun violence. New numbers show ShotSpotter alerts in Denver spiked in 2021 by nearly 25 percent compared to last year, but arrests only increased by 2 percent. The tech has been deployed in more than 100 cities worldwide, and Denver isn't the only one to report problems with it.

It's hard to imagine that putting this tech on a drone will solve problems with less-than-ideal response and arrest numbers, especially in the hands of police in Israel — a country with plenty of controversy of its own for human rights abuses.

Law enforcement technology can save lives and make the job safer for officers, but only if it actually works in the first place. If faulty tech falls into misguided hands, the outlook is even worse.

Survey Says
Most Americans Trust Cops With Facial Recognition Tech
9. 5. 19
Read More
Robo Cops
China Deploys Its First Robot Traffic Police
8. 9. 19
Read More
Cop Cam Crisis
Police Body Camera Maker Decides Against Using Facial Recognition
6. 27. 19
Read More
+Social+Newsletter
TopicsAbout UsContact Us
Copyright ©, Camden Media Inc All Rights Reserved. See our User Agreement, Privacy Policy and Data Use Policy. The material on this site may not be reproduced, distributed, transmitted, cached or otherwise used, except with prior written permission of Futurism. Articles may contain affiliate links which enable us to share in the revenue of any purchases made.
Fonts by Typekit and Monotype.