Be a part of the community creating sustainable solutions for urban living. 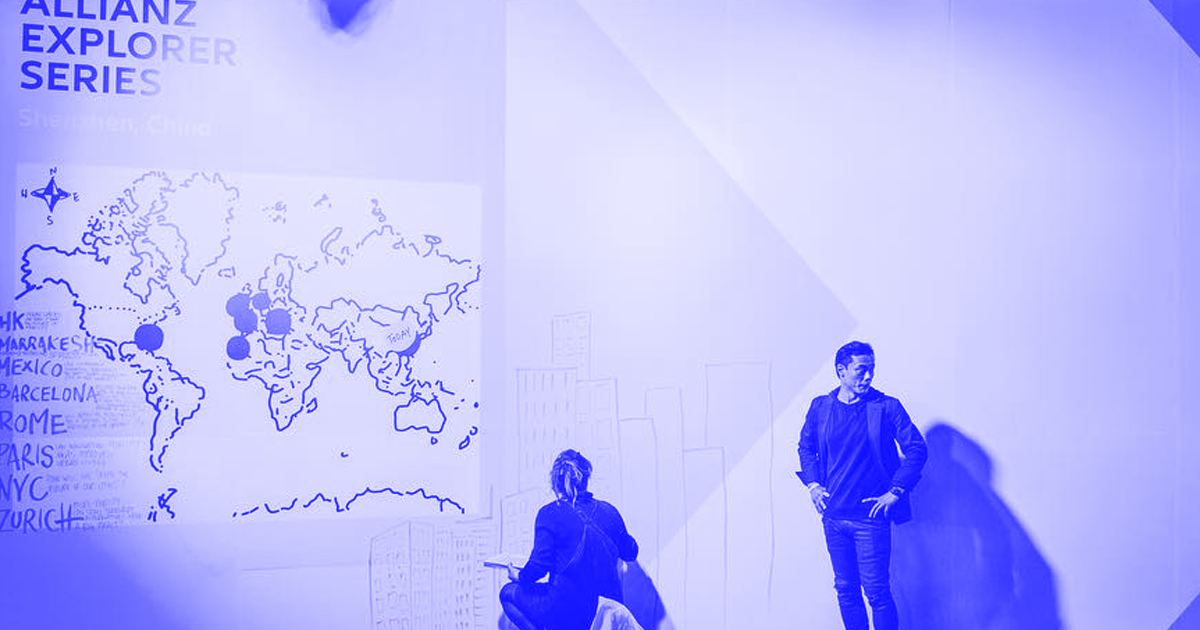 New York City has always been home to rabble-rousers who challenge the status quo and imagine innovative futures. And this month, it’s going to be home to three events that showcase some of those fearless thinkers – and some very fast cars – and offer the city a glimpse into a bold and sustainable future.

The creativity kicks off with a stop on Allianz’s Explorer Series world tour. Fresh off events on urban air mobility and climate-friendly futures in Shenzhen, China and Berlin, Germany, the tour is now headed to New York City to explore how we can design sustainable cities for the future.

Surrounded by adventurous and experimental art at MoMA’s PS1, the night will include insight from experts on topics including sustainable architecture and green urban living. With the chance to collaborate and chat with those experts and your fellow community builders, you’ll walk away reinvigorated about the power you have to make New York City a model for the future of sustainable cities. The event coincides with the announcement that Allianz is extending its partnership with the MoMA through 2021, which includes supporting a series of new design and innovation exhibitions and programs.

Next, it’s off to the races. And not just any race – between whizzing neon drones and the world’s first fully electric single-seater race cars, Allianz has partnered with the pioneers who have created the sports of the future.

Allianz is proud to partner with The Drone Racing League (DRL), a sport so futuristic it wouldn’t have been possible even a decade ago. At the upcoming DRL Allianz World Championship, pilots will race their drones at speeds higher than 90 miles per hour through a 3D course that feels straight out of a video game.

Allianz knows it’s the closest anyone will ever get to a real-life Star Wars pod race, and they want to celebrate with a party. On July 12th, they’re hosting an exclusive drone event that will also feature drone stunts, music, food, and drinks.

But that’s not the only race that Allianz is proud to sponsor. On July 13, Formula E is heading to Brooklyn for all the thrill of Fast and Furious with way less of the carbon emissions.

As an insurer to explorers, innovators, and disruptors worldwide, Allianz has an insider’s peek into the industries and ideas of the future. That’s why they made the decision to partner with Formula E, the series that is ushering in a new era of green mobility and sustainable racing.

Then, check out the Allianz E-Village. There, you’ll be the first to witness and interact with the brand new technologies that will one day help to power sustainable cities.

By joining in on the fun of the racing exhibitions or making a community connection at Allianz’s Explorer Series, you could be an integral part of the next partnership that helps New Yorkers continue to dare to imagine a bolder, brighter, and sustainable future.

Ready to snag a front row seat to the future? You can get 50% off your ticket to the Explorer Series here using the code “FUTURISM50.”

Read This Next
Neom Thank You
Saudi Prince Plans City With Human Gene Editing, Artificial Rain
Brands We Love
Sustainable Urban Living Isn’t Just Necessary – It’s a Giant Opportunity
Brands We Love
A Green Future is Possible for NYC Thanks to One Innovative Organization
Futurism
Empowering Citizens: Experts Predict the Future of Our Urban Cities [Sponsored]
Futurism
Here’s Your First Look at the Futuristic Apartments That Have Indoor “Mega-Trees”
More on Future Society
Rough
Monday on futurism
Elon Musk's Twitter Is Reportedly Failing Miserably to Contain Horrific Child Abuse Content
YouTube Propaganda
Monday on the byte
Experts Say There's Something Very Weird About North Korean YouTubers
Bird Crap
Feb 4 on the byte
It Looks Like Elon Musk Is Actually Building a Twitter Payment Platform
READ MORE STORIES ABOUT / Future Society
Keep up.
Subscribe to our daily newsletter to keep in touch with the subjects shaping our future.
+Social+Newsletter
TopicsAbout UsContact Us
Copyright ©, Camden Media Inc All Rights Reserved. See our User Agreement, Privacy Policy and Data Use Policy. The material on this site may not be reproduced, distributed, transmitted, cached or otherwise used, except with prior written permission of Futurism. Articles may contain affiliate links which enable us to share in the revenue of any purchases made.
Fonts by Typekit and Monotype.