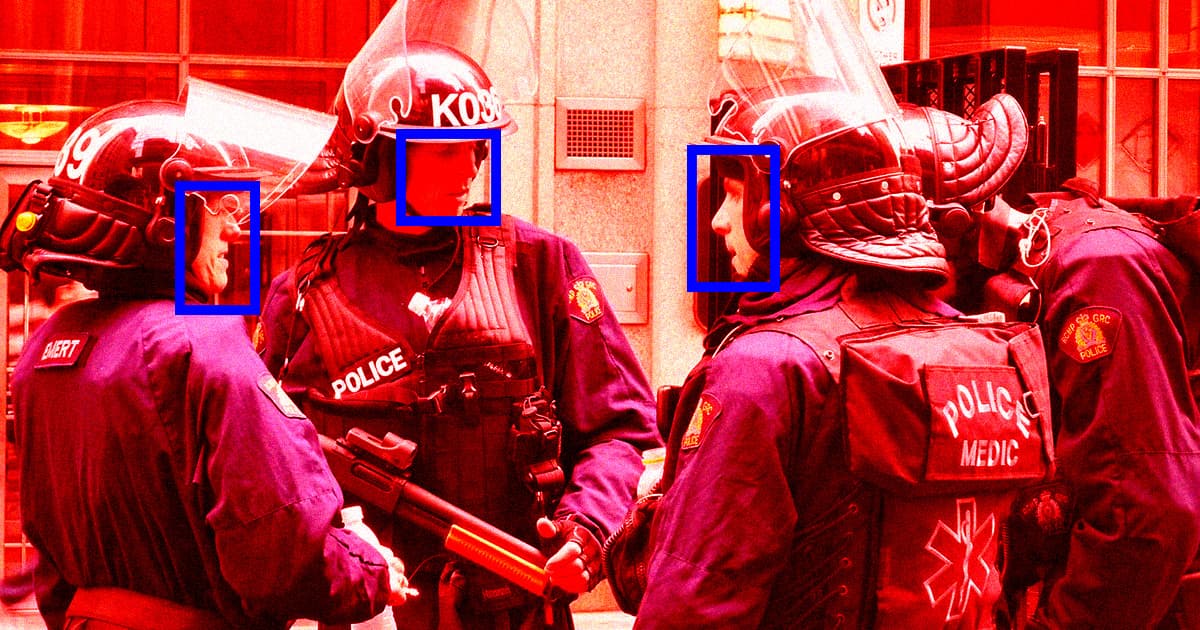 It's a satisfying role reversal. Police are hiding their identities while cracking down on protests, in other words, just to be outed by the same invasive technology that they use to surveil the populace.

One of the projects was a shower thought for self-taught programmer Christopher Howell. He's identifying cops in Portland, Oregon because they were permitted to cover their names while responding to protests. Portland banned facial recognition for cops and companies, but the NYT reports that Howell's project is permitted because he's an individual working on a passion project.

"There's a lot of excessive force here in Portland," Howell told the NYT. "Knowing who the officers are seems like a baseline."

Building these tools has become simple, the NYT reports, due to increasingly common off-the-shelf software. The real challenge, activists say, is finding enough images of local police to train the algorithm. They've had luck on social media, they told the newspaper.

"For a while now, everyone was aware the big guys could use this to identify and oppress the little guys, but we’re now approaching the technological threshold where the little guys can do it to the big guys," Andrew Maximov, a developer working on a similar project, told the NYT. "It's not just the loss of anonymity. It's the threat of infamy."