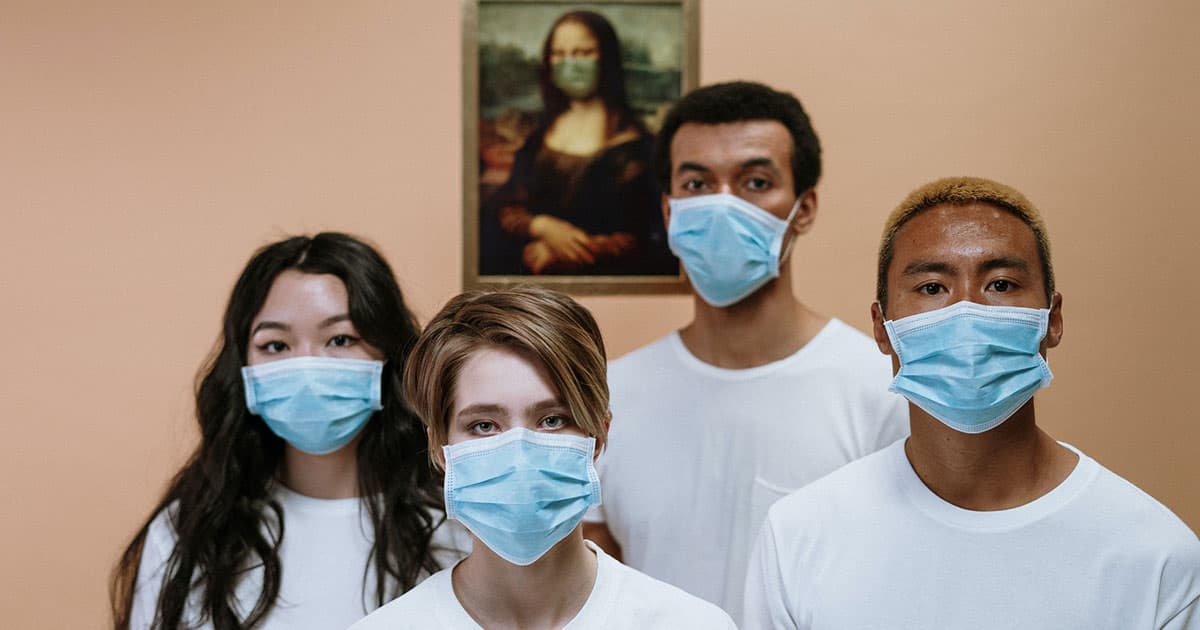 Just in case you needed another reason to wear one.

Just in case you needed another reason to wear one.

It turns out that the masks that keep us safe from COVID-19 are a real pain for the police.

Leaked documents reveal that the Department of Homeland Security (DHS) has been particularly concerned about how masks block the facial recognition used to surveil Americans, The Intercept reports. Apparently, federal law enforcement and intelligence agencies have been circulating these concerns since late May, when the mass Black Lives Matter protests began to sweep the country.

The DHS memo is specifically concerned that "violent adversaries" might exploit current mask-wearing guidelines to hide in plain sight while waging war against the state, The Intercept reports.

The evidence? One member of an online white supremacist forum who suggested attacking infrastructure in a mask and other pre-pandemic online chatter.

"…while we have no specific information that violent extremists or other criminals in the United States are using protective face coverings to conduct attacks," the memo reads, "some of these entities have previously expressed interest in avoiding face recognition and promulgated simple instructions to conceal one’s identity, both prior to and during the current Covid-19 pandemic."

Without getting too heavy-handed, the memo is an unfortunate insight into how law enforcement's priorities conflict with public health. During an unprecedented global crisis, the DHS is scared that mask-wearing will become too commonplace.

The challenge for law enforcement will be finding a way around it: Police banned masks during previous social movements, The Intercept reports, but it will be hard to do so during the pandemic.

More on surveillance: Oh No, Spying on Protestors Might Make the Public Distrust Surveillance