"[I've] been wearing a mask every day recently and I just want to throw away this phone with face unlock." 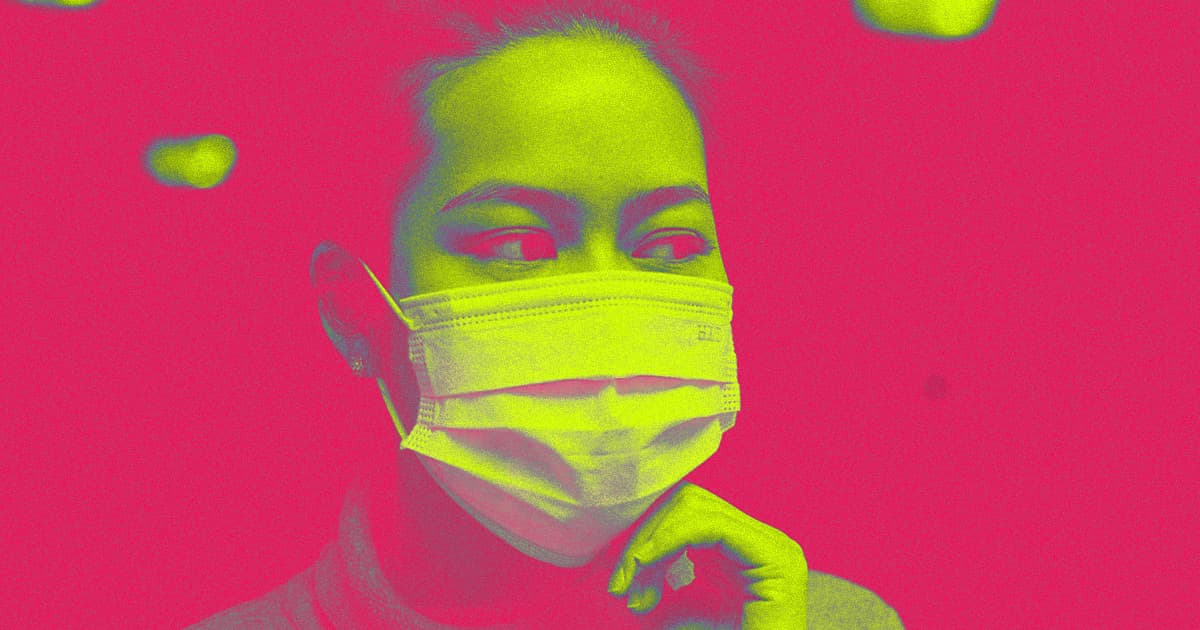 Faced with a growing coronavirus outbreak, Chinese authorities in two provinces have made medical face masks mandatory in public — and the popularity of masks is spiking across the country.

But the masks have created an unintended thorn in the government's side: Quartz reports that the masks are rendering China's nearly ubiquitous facial recognition systems all but useless.

At first, it sounds like a success story for the privacy-minded: the state's surveillance systems defeated by the public health measures that the government itself mandated.

But it's also making life difficult for people who rely on facial recognition to do simple things like unlock their phones, access their bank accounts, open automatic doors, or even use toilet paper in public restrooms. While they could presumably pull their mask down to quickly access their phone, the sheer number of everyday activities that are interrupted by face masks reportedly presents a major nuisance.

In order for Apple's FaceID to work, an iPhone camera needs to be able to see a user's eyes, nose, and mouth, according to Quartz. Chinese tech company Huawei attempted to develop a facial recognition system that worked with a masked face, but found that the resulting algorithm was too easily duped to deploy.

The masks have grown so frustrating that Quartz reports some in the area are posting on social media, longing for the days when they could unlock a phone with a fingerprint instead of their face.

FaceID proving to be useless in the era of face masks. Anyone else missing the simplicity of TouchID?

"[I've] been wearing a mask every day recently and I just want to throw away this phone with face unlock," reads a post on Weibo, a Chinese platform that's often compared to Twitter.

"Fingerprint payment is still better," another person posted. "All I want is to pay and quickly run."

More on 2019-nCoV: Here's What It's Like to Live Under Coronavirus Quarantine