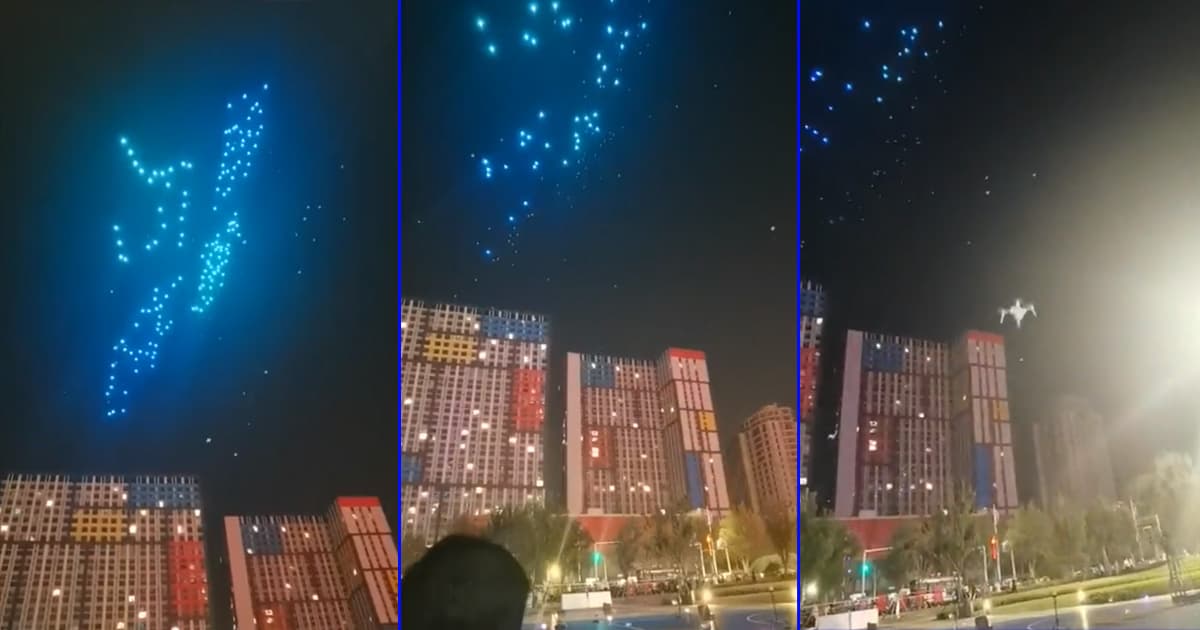 The organizer claims there was foul play.

The organizer claims there was foul play.

In an eerie bit of imagery, drones literally started raining from the sky in Zhengzhou, a city of 10 million people in the Chinese province of Henan.

Videos shared on social media show a constellation of drones starting to quickly lose altitude before clattering down on the ground. Onlookers can be seen jumping out of the way to avoid getting struck by the small drones.

The incident involved about 200 drones which were up in the sky forming the name of a nearby shopping mall, according to Vice. Spectators then started shouting, warning of the falling drones as the scene descended into chaos.

"More and more drones came off," a spectator told Vice. "Some flew very far away, and some hit the trees."

While the exact cause of the failure has yet to be confirmed, rumors are now swirling that a rival drone maker was interfering. The show's organizer reported the incident to local police, alleging a competitor was at fault, causing the drones to fall out of the sky by overwhelming their navigation systems using transmitters, according to Drone DJ.

It's not the first time drones rained down from the skies. In October 2018, 46 drones plummeted from the sky during a display over Victoria Harbor in Hong Kong. Officials at the time suspected somebody was using radio jammers from the ground to force them to crash, according to the South China Morning Post.

READ MORE: This Is What Happens When a Drone Light Show Fails [Vice]

More on drones: Check Out This Awesome Drone Footage From Inside a Hurricane