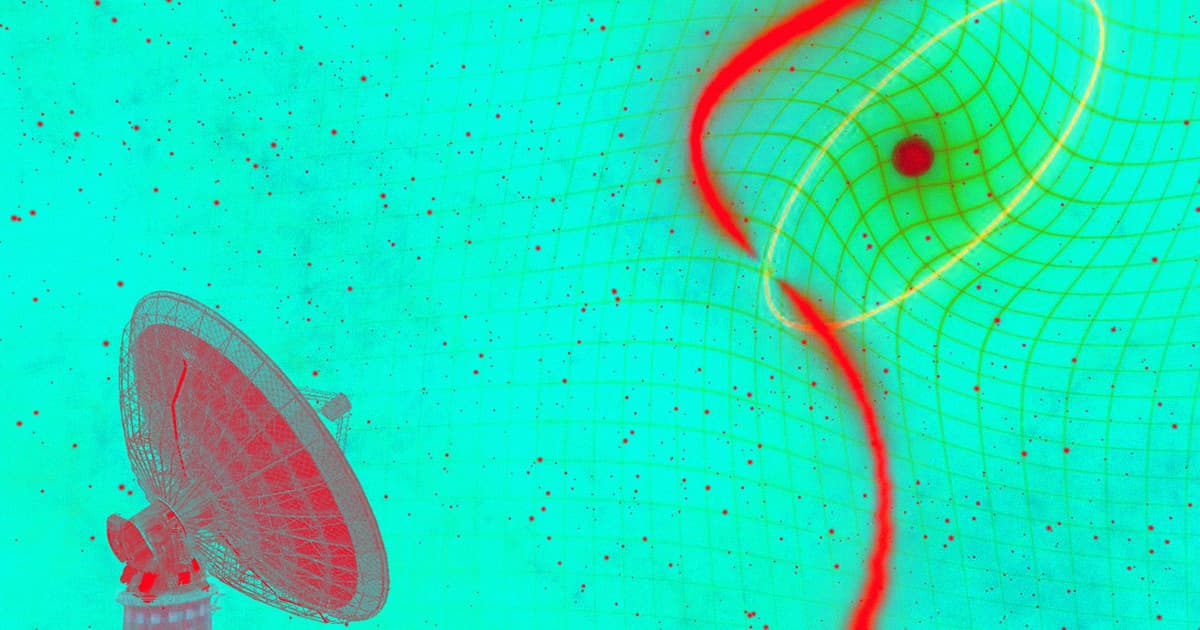 A pulsar — the dead remains of a star that detonated in a supernova — in a distant galaxy just proved Einstein right, yet again, by demonstrating one of his predictions for the behavior of the universe.

The pulsar orbits a white dwarf star that spins so rapidly that it actually drags spacetime around it like a fork twirling up a bite of spaghetti, a bizarre phenomenon called frame dragging that had never before been definitively observed by scientists, according to Space.com.

In order to warp spacetime enough to shift the orbit of a pulsar, the white dwarf whips around in a complete rotation 30 times per hour, according to research published Friday in the journal Science.

Astronomers suspect that by watching how the pulsar wobbles around on its axis, they can finally glean a better understanding of how they form and behave over time, according to Space.com.

It's unusual to find a pulsar orbiting a white dwarf star that's older than it is, Max Planck Institute astrophysicist Vivek Venkatraman Krishnan told Space.com, and the new discovery could help reveal what brought them together.

"The density of matter inside a neutron star far exceeds what can be achieved in a lab," he told Space.com, "so there is a wealth of new physics to be learnt by using this technique to double neutron-star systems."