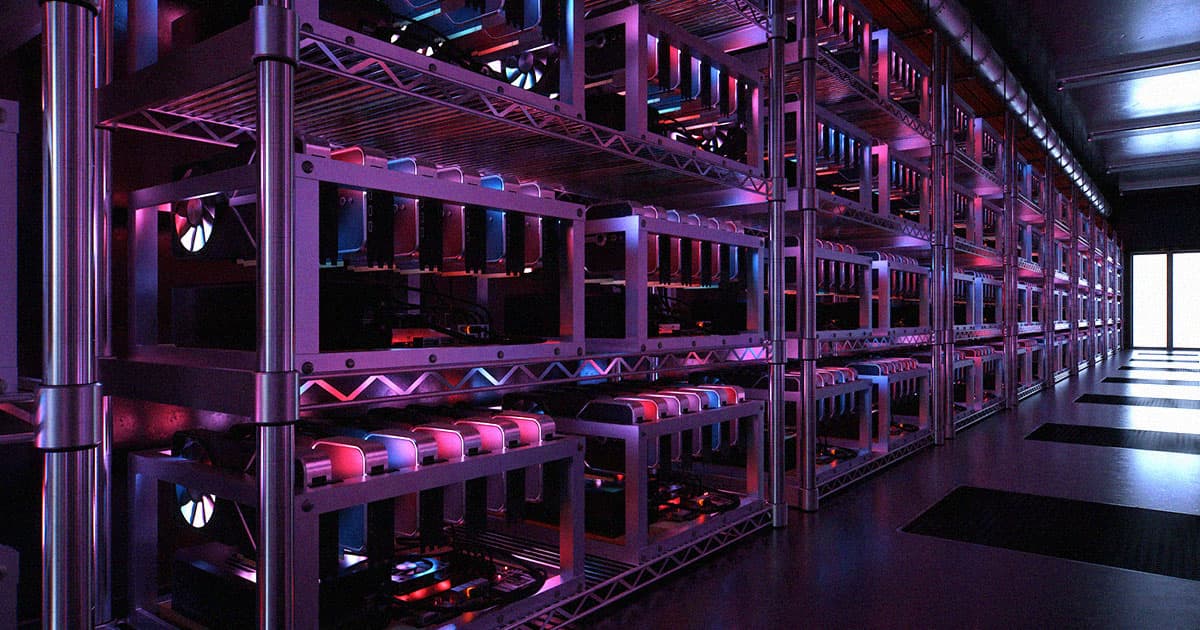 The Etherum Merge hath befallen! Basically, what's arguably the world's most influential crypto project decided to ditch the environmentally harmful proof-of-work model for a greener proof-of-stake system. It's a much-anticipated experiment — but one group isn't too thrilled about the change.

According to Fortune, a group of cryptocurrency miners — many of whom stand to lose their main stream of income due to the switch — have joined forces to make sure that some things stay exactly the same, no matter the steep environmental cost. Per their Twitter account, this cohort is forking the Ethereum blockchain, creating their own version dubbed EthereumPoW (ETHW) where they can keep mining like old times.

"ETHW mainnet will happen within 24 hours after the Merge," they wrote in a Tuesday morning Twitter thread. "The exact time will be announced one hour before launch with a countdown timer and everything including final code, binaries, config files, nodes info, RPC, explorer, etc."

As of this morning, it looks like this threat is increasingly real. Earlier today, the cohort released a bevy of server information and directives, pointing potential users to their controversial new token.

Ethereum argues that the merge will make the operation more secure, scalable, and most importantly sustainable — according to its website, it will lower the horrific environmental toll of energy-intensive Ethereum mining by roughly 99.95 percent.

All good changes, right? Sure. To anyone who isn't a miner, apparently.

Per Fortune, the ETHW token's value went up a sizable 58 percent in the 24 hours following the anti-merge mining cohort's Twitter announcement, before settling back down again. Environmental degradation: it sells!

Losing any stream of income, be that your main role or a side hustle, is definitely scary. That being said, mining operations are absolutely unsustainable, and Earth doesn't have much wiggle room for unnecessary emissions. If there's a better way, the cryptosphere has to take it. ETHW, by all accounts, isn't that way.

More on : Crypto Miners Terrified by Ethereum's Imminent Move to Proof of Stake