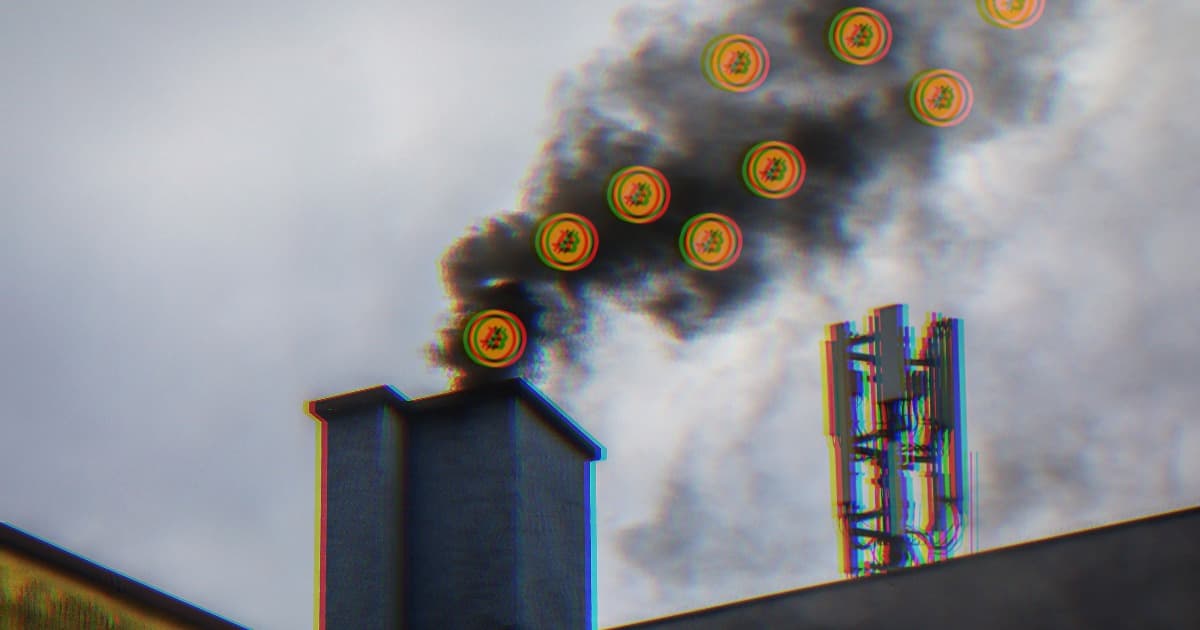 “I was horrified to see it all happen."

“I was horrified to see it all happen."

Back From the Dead

Crypto miners in Montana revived a dying coal-powered plant in Montana last year, according to a new report by the Guardian, and the resulting spike in emissions was staggering.

The Hardin generating station, a 115-megawatt coal plant in the southern part of the state, was supposed to close back in 2018 because it wasn't getting enough business. But in late 2020, Bitcoin mining company Marathon struck a deal and became the plant's sole customer. They packed about 30,000 Antminer S19 units, a special computer that mines for cryptocurrency, in a facility right outside according to the independent publication.

“I was horrified to see it all happen," Anne Hedges, co-director of the Montana Environmental Information Center, told the Guardian. "It was a terrible turn of events."

The Wall Street Journal first reported plans for the Montana plant back in 2021, and it's not exactly unusual for Bitcoin mining to use up so much electricity. Kosovo, located in southeastern Europe, banned crypto mining completely back in January because of ongoing an energy crisis and blackouts. In 2017, Bitcoin mining was already using more energy than a combined total of 159 countries.

Despite the numbers, Bitcoin enthusiasts say it's not as bad as it seems. Fred Thiel, chief executive of Marathon, said washing machines in the US use more energy.

"I understand the desire for some people to point Bitcoin mining as the big bad boy, but on a comparison with every other industry out there, it’s insignificant," he told the Guardian.

That crypto mining uses more energy than some industries is negligible. Two wrongs don't make a right, and the use of washing machines isn't exactly going to cancel out all the carbon Marathon is spewing into the atmosphere. Plus, the company's website includes multiple references and statements about future expansions, so the problem is only going to get worse.