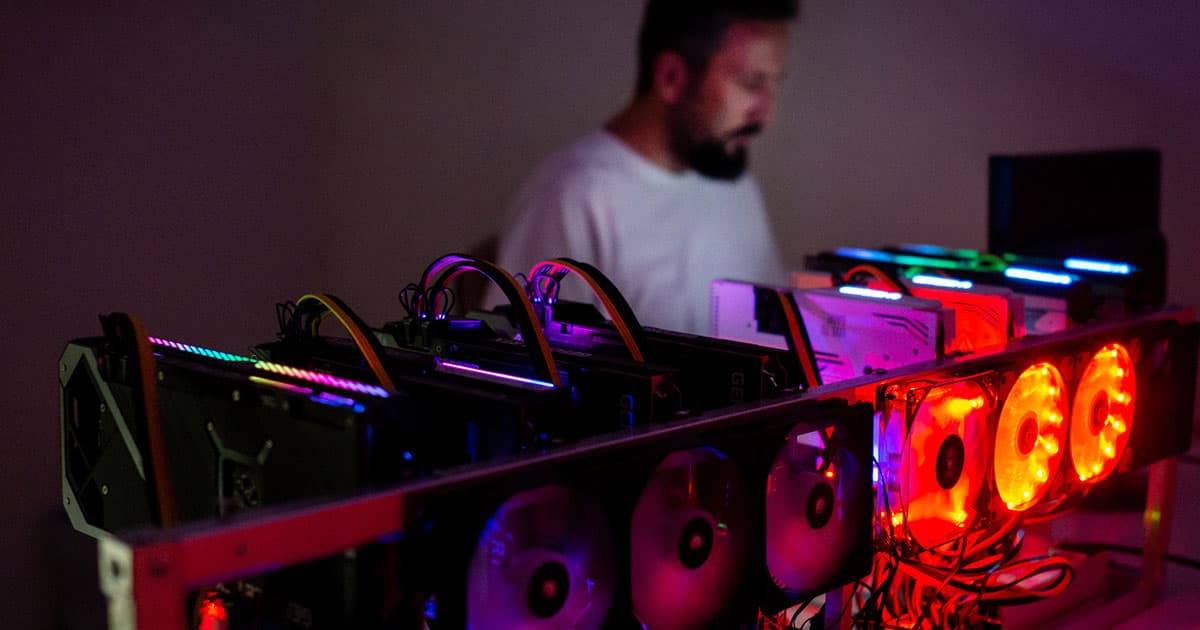 Stake in the Heart

Ethereum, the second biggest cryptocurrency in terms of trade volume, is about to implement a huge change dubbed "The Merge" — a shift that has crypto miners shaking in their boots, Gizmodo reports.

"It’s a lot of uncertainty," one miner told Bloomberg earlier this summer. "No one really knows what’s going to happen. There are a lot of people who I think are in denial."

The Ethereum blockchain is expected to move from a proof-of-work to a proof-of-stake model in less than a week, following years of delays.

In simple terms, mining Ethereum will soon no longer involve a highly power hungry process that the crypto mining industry has built entire businesses around. Instead, it'll move to a model in which miners validate transactions on the blockchain through a new consensus protocol.

As a direct result, Ethereum is about to become a lot better for the planet. In fact, "The Merge" will mean that Ethereum's energy use could soon fall by over 99 percent — a big deal, considering Ethereum mining is currently using as much electricity per year as the entirety of Bangladesh.

The clock is ticking. Ethereum miners, who have built and maintained expensive computing rigs to mine the token, have mere days to figure out how to adapt to a new reality.

"As GPU miners point their hardware at other chains their difficulty will increase causing lower returns and splitting the reward amongst more miners," Andy Long, CEO of Bitcoin miner White Rock, told CoinTelegraph this week.

Other companies like HIVE Blockchain, a massive mining company, are turning to other currencies, Gizmodo reports.

It's impossible to predict how crypto markets will react to the imminent merge. Will the price of ether skyrocket or plummet? Will miners flock to Ethereum Classic, a proof-of-work chain that split off from Ethereum back in 2016?

Miners are likely in for a rocky ride — but that arguably doesn't matter all too much in the bigger picture, given the tangible benefits for the environment.

More on Ethereum: NSFW-Named NFTs on the Rise, Because Nothing Makes Sense Anymore

Staking Ether
Oops! Ethereum's Merge May Cause Huge Problems With the SEC
Sep 19
Read More
Crypto Probe
Coinbase Reportedly Under Investigation by the SEC
Jul 26
Read More
Crypto Cash Out
Tesla Sells Off Most of Its Bitcoin, at a Huge Loss
Jul 21
Read More
+Social+Newsletter
TopicsAbout UsContact Us
Copyright ©, Camden Media Inc All Rights Reserved. See our User Agreement, Privacy Policy and Data Use Policy. The material on this site may not be reproduced, distributed, transmitted, cached or otherwise used, except with prior written permission of Futurism. Articles may contain affiliate links which enable us to share in the revenue of any purchases made.
Fonts by Typekit and Monotype.