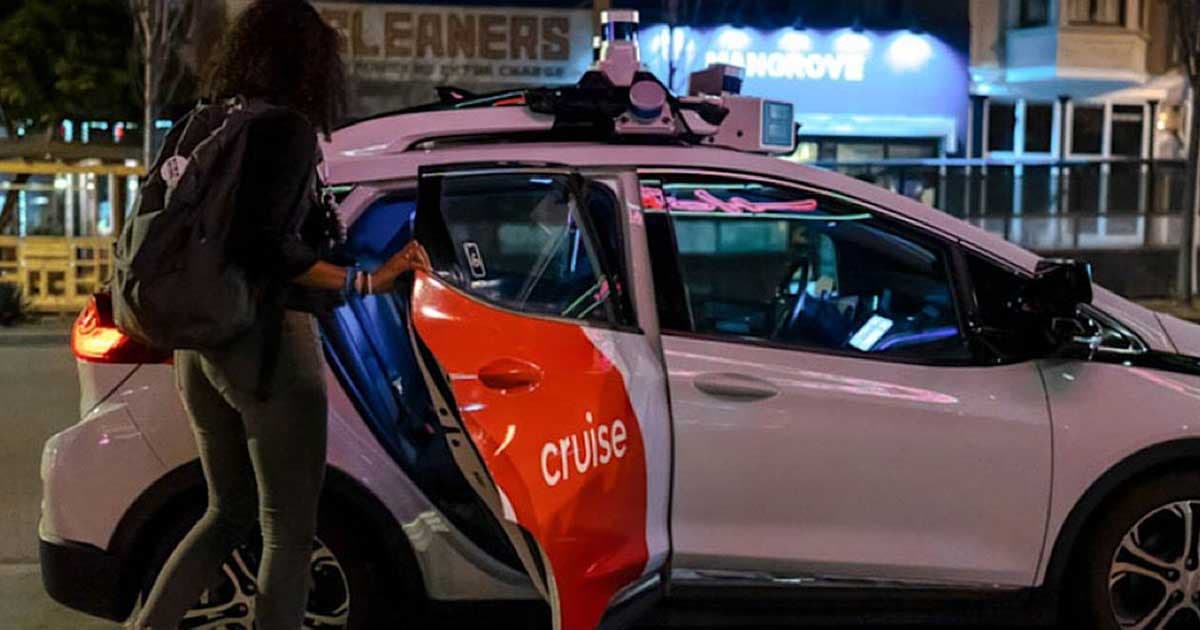 What the hell is going on?

What the hell is going on?

The federal government is reportedly investigating self-driving taxi company Cruise after its second reported collision, which took place just after the company was granted a permit to begin charging for driverless rides.

As Reuters reports, the National Highway Traffic Safety Administration (NHTSA) is investigating General Motors' Cruise driverless vehicle division following a June 3 collision in San Francisco that reportedly caused "minor" injuries to passengers inside both one of its autonomous cars and a Toyota Prius.

Though the June 3 crash wasn't the first time a Cruise robotaxi had been involved in a collision or a near-miss, its timing — which occurred a day after the company was granted a permit from the California Public Utilities Commission to commercialize its fleet — makes the NHTSA investigation all the more interesting.

Oddly enough, Cruise has since denied reports of the NHTSA investigation, telling MarketWatch that the agency "has not opened a formal investigation into Cruise for this or any other incident," characterizing the investigation as a "routine" probe.

Autonomous Cruise vehicles have reportedly been causing major headaches on the streets of San Francisco as of late. The company had been operating a free late-night driverless taxi service until the end of June without safety drivers, before getting permission to begin charging customers for rides.

Just over a week ago, a number of Cruise vehicles all shut down at once causing a major traffic jam in the already traffic-riddled city.

As Wired reports, the same thing happened in May as well when the company lost contact with its entire fleet. A Cruise employee anonymously contacted the California Public Utilities Commission after the May incident, according to a letter reviewed by Wired, adding that the same issue happens "with regularity."

All things considered, the fact that there had been a number of reports with issues surrounding Cruise vehicles prior to the permits being issued is certainly eyebrow-raising.

It's likely we'll hear more about incidents involving Cruise's robotaxis in the near future.

Do you work at the National Highway Transit Safety Administration, the California DMV, the California Public Utilities Commission, GM/Cruise, or any other related entity and/or have more information about driverless taxi crashes? Email us at tips@futurism.com.

Elon Take the Wheel
Tesla's In-Car Cameras Are Now Spying on Drivers to Make Sure They Pay Attention
6. 1. 21
Read More
Look Ma
It's Shockingly Easy to Drive a Tesla Without Anybody in the Driver's Seat
4. 22. 21
Read More
Drifting DeLorean
Watch a Self-Driving DeLorean Burn Rubber on a Stunt Course
12. 23. 19
Read More
+Social+Newsletter
TopicsAbout UsContact Us
Copyright ©, Camden Media Inc All Rights Reserved. See our User Agreement, Privacy Policy and Data Use Policy. The material on this site may not be reproduced, distributed, transmitted, cached or otherwise used, except with prior written permission of Futurism. Fonts by Typekit and Monotype.