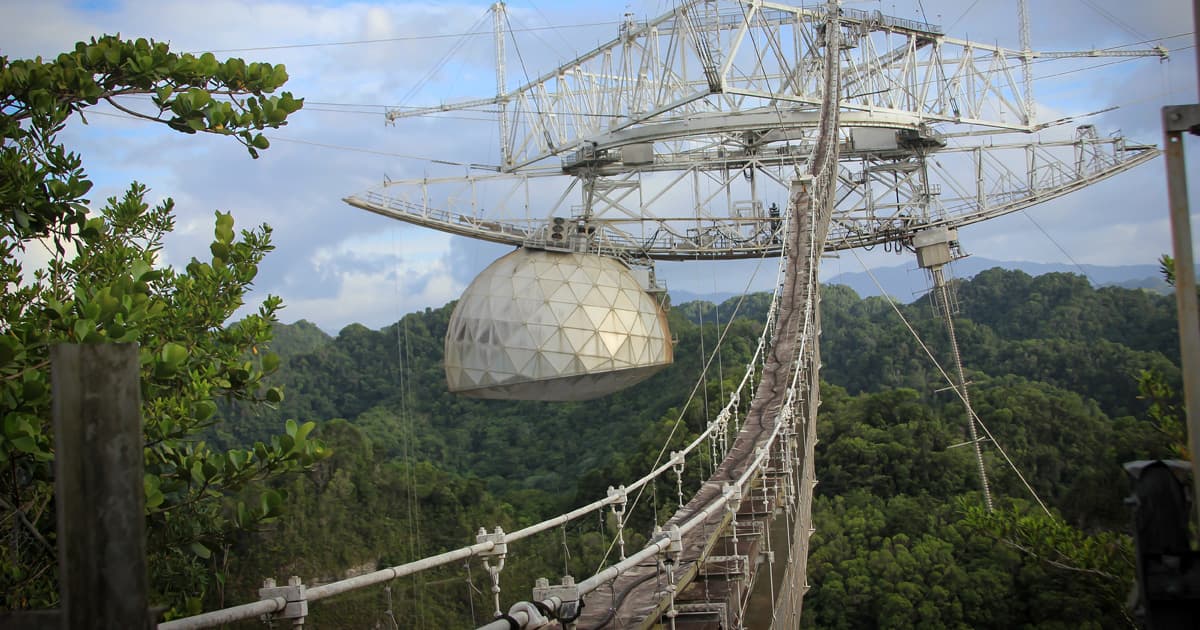 Now, Congress is calling for a progress report from the National Science Foundation (NSF), which is investigating the damage as well as what it would take to rebuild the iconic bastion of astronomical and SETI research, Space.com reports. Details are still scarce, but the NSF’s insistence that the facility isn’t closing down is a reassuring sign that officials are taking the mounting public and scientific pressure to restore the facility seriously.

The Arecibo Observatory operated for nearly six full decades before a series of structural problems gradually brought the telescope down. In November, the NSF decided to decommission and demolish Arecibo’s telescope, but it collapsed on its own soon afterward.

Since then, scientists and the science-curious public have petitioned the government to fund repairs and reconstruction. Space.com reports that Puerto Rico Governor Wanda Vázquez has already allocated $8 million to the effort, but NSF spokespeople told the publication that it’s too soon to know how much it will end up costing.

Congress expects a status update on the investigation from the NSF by late February as dictated by the Commerce-Justice-Science appropriations bill that allocates the agency’s funding, Space.com reports.

“As the Arecibo Observatory’s 305-meter telescope only recently collapsed, NSF cannot comment on any potential future plans at this time,” an NSF spokesperson told Space.com. “However, we will continue to work with Congress on the issue, including complying with language accompanying the new omnibus spending package.”