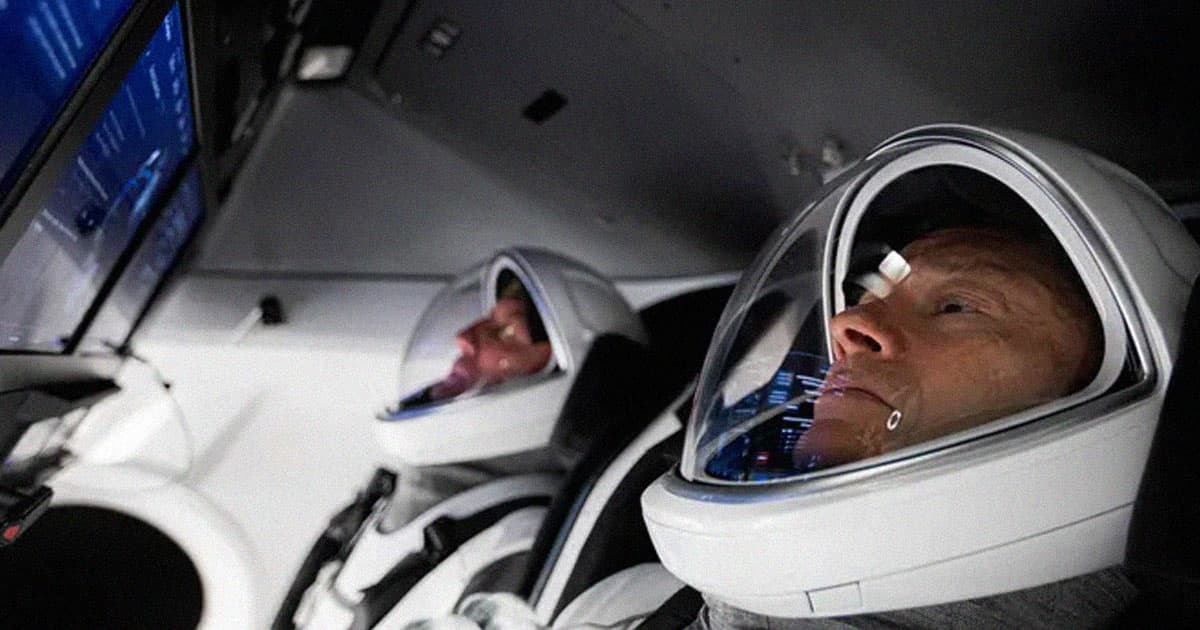 It's been over four months since SpaceX launched the first all-private crew of space tourists to the International Space Station, as part of space company Axiom Space's Axiom-1 mission.

That means the crew of four wealthy entrepreneurs — and one retired NASA astronaut to babysit them — have had plenty of time to reflect on the once-in-a-lifetime experience, especially when it comes to the pros and cons of SpaceX's Crew Dragon spacecraft.

"Best and Worst of #Ax1?" tweeted mission commander Michael López-Alegría, the aforementioned retired astronaut and who incidentally holds the all time American record for the most number of space walks. "Best — listening to my crewmates seeing Earth for the first time."

SpaceX has had numerous difficulties with the design of its space lavatory on board Crew Dragon.

During the Inspiration4 mission last year, the first-ever all-tourist spaceflight, crew members may have been able to experience one of the best views from the throne ever — but they also had to cope with some seriously unfortunate toilet issues during the mission.

According to officials at the time, a tube that sends urine into a container broke, sending liquid spraying all over an area beneath the spacecraft's floor panels.

SpaceX says that it's subsequently redesigned the mechanism, giving future astronauts — and presumably the crew of Axiom-1 — a little more reassurance.

But that doesn't make the experience of using the bathroom in microgravity any more pleasant. The facilities on board Crew Dragon — which is technically attached to the capsule's ceiling — aren't too dissimilar from the setup you find on board the International Space Station.

Astronauts have to do their business into a funnel attached to a fan that sucks the waste into a container.

In other words, it's the far less enjoyable part of spending time while floating around inside a spacecraft — so López-Alegría's comments don't exactly come as a surprise.