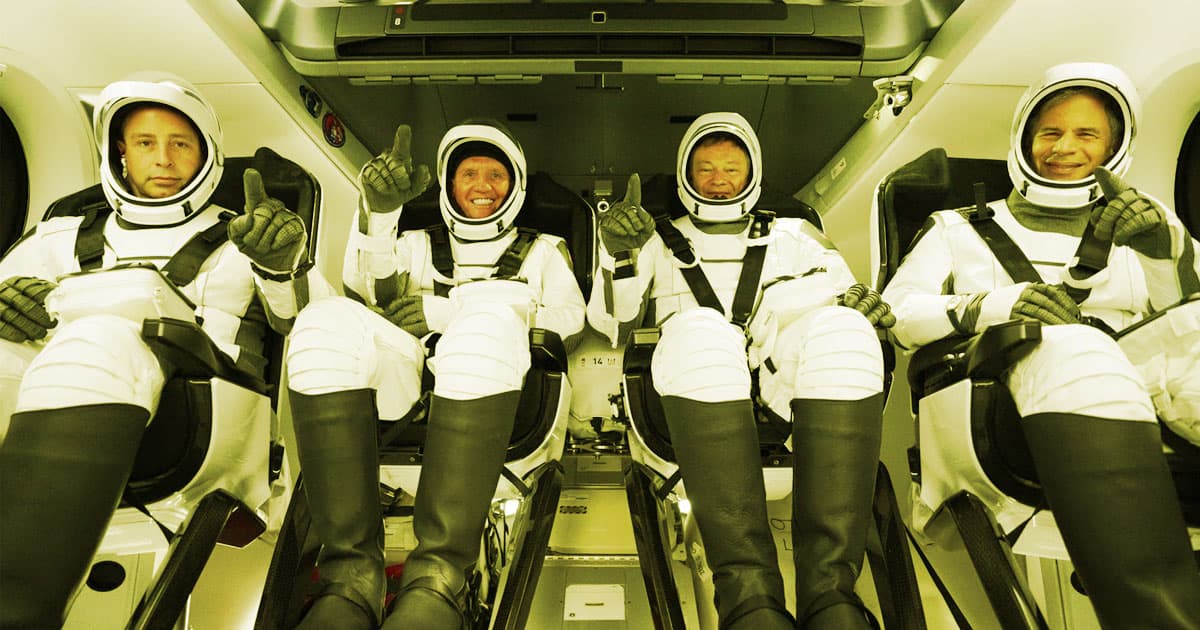 OK, this is kind of hilarious.

OK, this is kind of hilarious.

NASA is now requiring civilians to be accompanied by a former NASA astronaut when taking private spaceflight trips to the International Space Station.

The goal is to provide "a link between the resident ISS expedition crew and the private astronauts and reduces risk to ISS operations and [private astronaut missions]/ISS safety," according to NASA.

As SpaceNews reports, news of the rule change comes less than six months after Axiom president and CEO Michael Suffredini said he expected to be able fly four paying customers to the ISS — instead of three, with an ex-astronaut mission leader — by the company's fourth mission.

Axiom's second mission, however, will also be led by a former NASA astronaut, and is expected to launch early next year.

The rule change could significantly alter Axiom's profitability in the future, SpaceNews argues, but the company has declined to comment on whether its current three-civilian missions are profitable.

Futurism has also reached out to Axiom for comment about this issue.

Along with the new rule change, NASA also announced that private astronaut missions would need to submit research plans a full year in advance to the ISS National Laboratory.

This change, as SpaceNews notes, is a clear response to the company's rushed first mission. During a May conference following the mission, commander López-Alegría admitted that the trip's "timeline was very aggressive" and its pace "frenetic."

"I think we were so focused on research and outreach in the first eight or ten days on orbit," the commander said at the time, "that we needed the extra time to complete the experience by having time to look out the window, to make contact with friends and family, to just enjoy the sensation."

It only makes sense that an experienced NASA astronaut is required to accompany unwitting space tourists to and from the space station.

After all, there's a reason it takes real astronauts years to train for missions into space.

More on the ISS: NASA Seeks Funding to Send Scientists to Space Station