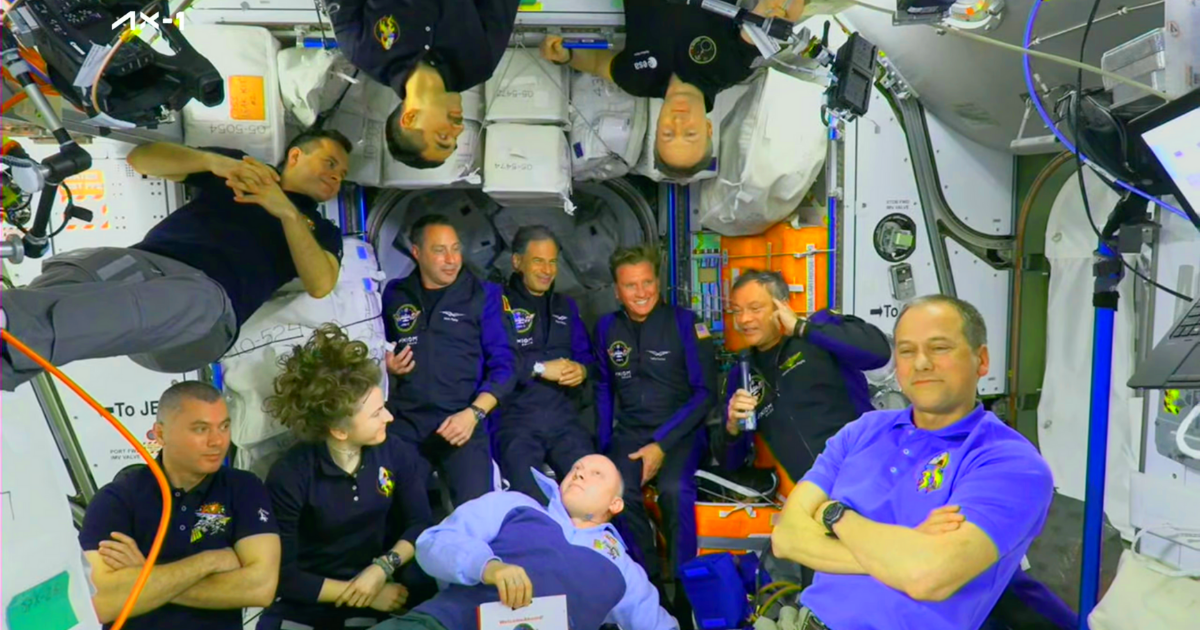 It's a big moment in space exploration history... but it's also a little awkward.

"There's a tradition that when you cross a boundary — in the United States it's 50 miles — you become an astronaut in altitude. That happened to these three gentleman for the first time yesterday," Lopez-Alegría said during the live stream. "None of the other agencies have a symbol that people wear on civilian clothes for commemorating they're astronauts. So the Association of Space Explorers decided to commission a pin, and I happen to have three of them."

The ceremony was super smooth for the most part, but there did seem to be some tension between the Russian crew and the four SpaceX members, who we were previously unsure would even meet face-to-face given the ongoing atrocities Russia is committing in Ukraine.

Space News senior writer Jeff Foust tweeted a photo of a moment during the meeting, pictured below, when one of Russia's astronauts seemed to be staring off into space at the bottom of the frame (pun intended). Several others on board looked equally like space cadets.

Gather round for the welcoming ceremony. pic.twitter.com/2vVgM0Cf5h

You can lead an astronaut to the ISS, but you can't make them get along.

More on mission goals: SpaceX Space Tourists Are Bringing a Brain-Reading Helmet to Space This Month