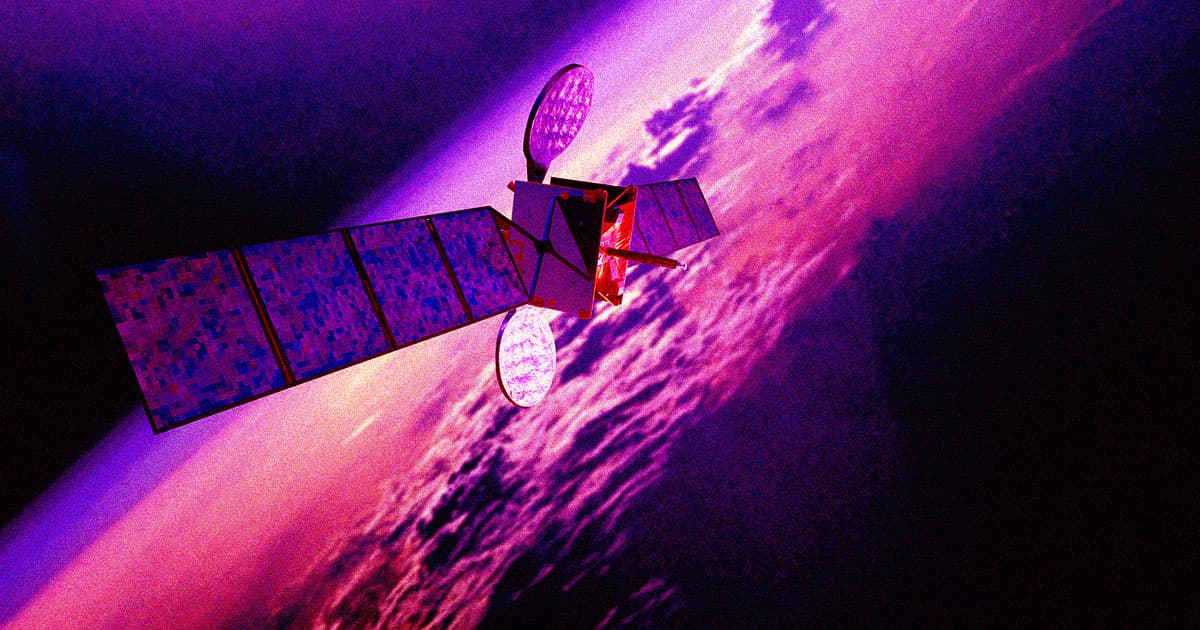 Climate Change Is Apparently Doing Something Weird to Satellites

This is ultimately bad for everyone.

This is ultimately bad for everyone.

According to a recent study, climate change caused by carbon dioxide is throttling the Earth's ability to self-clean its upper atmosphere, making it so that close-orbit objects including satellites experience less drag and stay in orbit longer.

On the surface, that might be great news for satellite makers, who want functioning crafts to stay in orbit for as long as possible. But there's a catch: this inability to self-clean — a result of excess CO2, which eats away at the density of the upper atmosphere — also means that polluting, dangerous space debris stays in orbit for longer, too.

"Space debris is becoming a rapidly growing problem for satellite operators due to the risk of collisions," Ingrid Cnossen, a research fellow at the British Antarctic Survey and the study's author, said in a statement, "which the long-term decline in upper atmosphere density is making even worse."

The study, published in the journal Geophysical Research Letters, utilized research models of the entire atmosphere in order to examine how its upper sphere — a region that spans altitudes between 56 and 310 miles from the Earth's surface — has changed over the last 50 years, and what those shifts can likely foretell about the 50 to come.

"Changes we saw between the climate in the upper atmosphere over the last 50 years," Cnossen's statement continued, "and our predictions for the next 50 are a result of carbon dioxide emissions."

Cnossen's research confirms the belief that, despite their reputation for warming the Earth's surface, greenhouse gases actually have the opposite impact on the atmosphere.

As those CO2 particles suck up the limited available heat up there, the atmosphere shrinks and cools, in an effect that ultimately makes for a smoother, longer orbit for satellites, plus the junk caused by old, defunct spacecrafts.

And while satellite makers might be happy to see some crafts comfortably cruise around for longer than expected, everyone ultimately stands to lose if space debris gets even more out of hand. New satellites will have a difficult time working in what might pretty much become a close-orbit junkyard, and humans, on the ground and in space, could face life-threatening consequences.

"I hope this work will help to guide appropriate action to control the space pollution problem," added Cnossen, "and ensure that the upper atmosphere remains a usable resource into the future."

More on space junk: Russia Forced to Dodge Space Debris From When It Blew Up Satellite

Space Billboards
Russian Scientists Propose Plan to Launch Huge Advertisements Into Orbit Over Cities
Oct 5
Read More
Sabers Rattled
Russia Issues Veiled Threat to Shoot Down Pesky SpaceX Satellites
Sep 16
Read More
Duck and Roll
Russia Forced to Dodge Space Debris From When It Blew Up Satellite
Jun 17
Read More
+Social+Newsletter
TopicsAbout UsContact Us
Copyright ©, Camden Media Inc All Rights Reserved. See our User Agreement, Privacy Policy and Data Use Policy. The material on this site may not be reproduced, distributed, transmitted, cached or otherwise used, except with prior written permission of Futurism. Articles may contain affiliate links which enable us to share in the revenue of any purchases made.
Fonts by Typekit and Monotype.